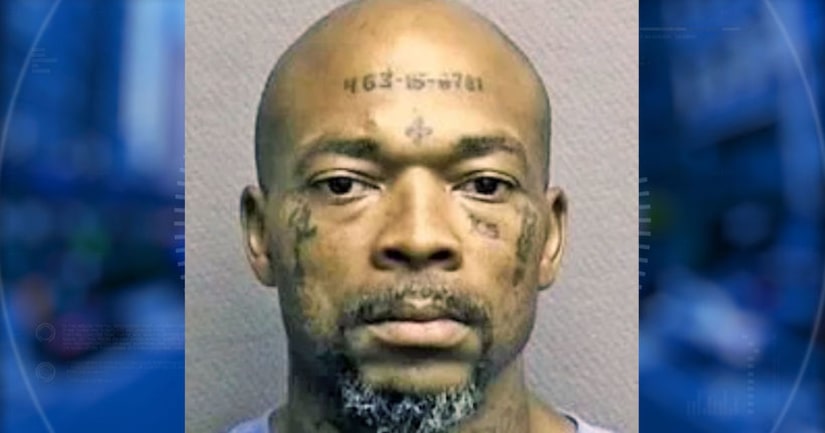 HARRIS COUNTY, Texas -- (KDAF) -- Texas authorities are searching for an allegedly armed career criminal with numerous facial tattoos, including his own Social Security number across his forehead.

On Oct. 15, an employee was forced to close the convenience store after the register went down. Officers said several customers, including Wooten, were waiting outside when the store later re-opened. As the group walked in, the suspect allegedly followed the employee and asked him a series of strange questions.

Court documents obtained by KIAH quote the suspect asking, “You care about your life?”

That's when deputies said Wooten lifted his shirt, revealing a firearm tucked into his waistband on the right side. He demanded the employee give him various brands of cigarettes and the victim complied, investigators said.

The suspect returned to the same store on Nov. 4 to rob more cigarettes, according to police reports.

The constable's deputy was able to identify Wooten as the suspect using his unique tattoo and the Houston criminal database. Wooten has another unique identifying tattoo, police said: Houston's area code, 713, in large numerals across the entire front of his neck.

Wooten is no stranger to law enforcement. His criminal resume includes indecent exposure, aggravated robbery, violation of a protective order due to violence, burglary, and numerous drug-related charges. He has been arrested multiple times, including a conviction for drug possession that dates back to 2007. Investigators have connected Wooten to at least six armed robberies in Harris County area.

Anyone with information regarding the suspect's whereabouts should call Crime Stoppers of Houston at (713) 222-8477 or submit tips online at https://www.crime-stoppers.org. All tipsters will remain anonymous.