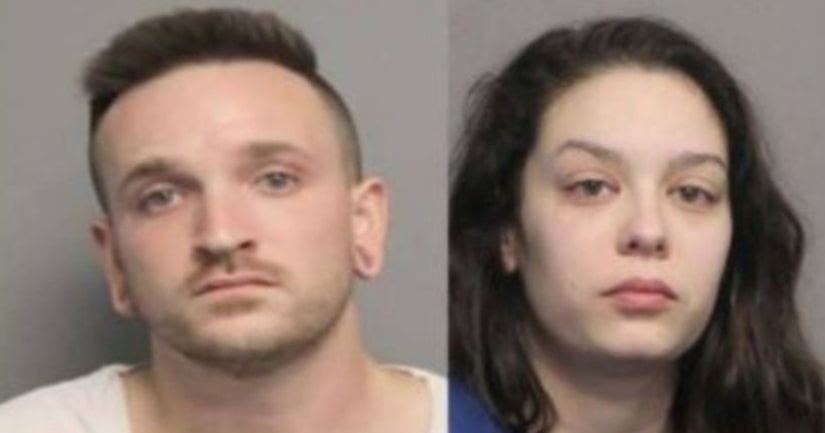 HARAHAN, La. -- (WVAH) -- A woman was arrested Saturday after she kissed and bit the tongue of an Uber driver while she was topless to distract the man as her boyfriend tried to rob him, according to authorities.

Harahan Police in Louisiana say this happened Saturday at a home on West Shannon Lane. The driver told police that he had picked up 22-year-old Rayna Fillios earlier and given her his phone number. Fillios then allegedly called the driver and told him to "come over," officials say.

The driver says he got to the home and Fillios answered the door topless. The two talked for a short time and the driver told police he tried to leave because he thought the woman was teasing him. That is when police say Fillios grabbed the driver, "pulling him into her bare chest" and started kissing him.

Police say this was all to distract the driver while Fillios's 24-year-old boyfriend, Anthony Kennedy came up to the driver with a knife and told him to give him his money. The driver did not and authorities say Kennedy hit the driver and knocked out his tooth before fleeing towards his home. Police say they were called to the scene at around 11:50 p.m.

Officers say they used a police dog and found Kennedy hiding in a shed in his backyard but he would not surrender and police deployed the dog. Kennedy was later taken to the hospital, officials say. Fillios had stayed at the scene and pretended not to be involved in the incident, police say.