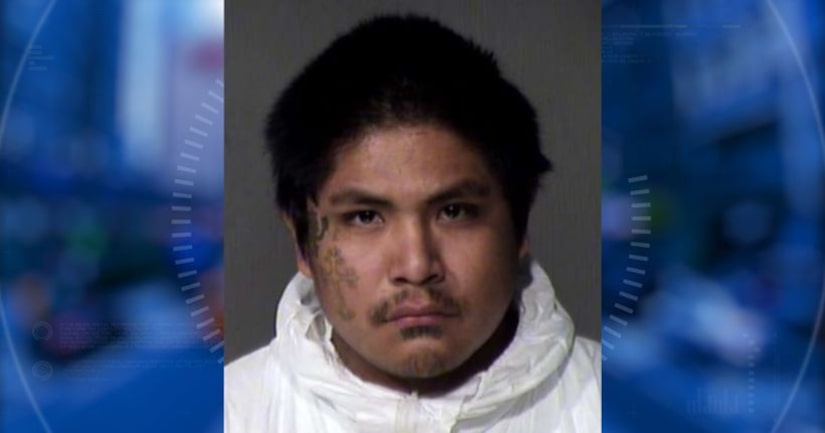 MESA, Ariz. -- (KNXV) -- A man was taken into custody after he reportedly beat his mother outside a hotel room in Mesa.

Mesa police report that on January 3 at about 3 a.m. they received multiple 911 calls from guests at the Hilton Hotel near Alma School Road and Rio Salado Parkway.

Family members, believing Johnson was about to get violent, forced him out of the room. That's when police say his mother and sister-in-law came out to calm him down.

The sister-in-law jumped on top of the mother shielding her from Johnson.

She eventually carried the injured victim downstairs to the hotel lobby for help.

Many witnesses allegedly heard Johnson threatening his girlfriend who was locked in the room with six children.

Johnson was still belligerent when police arrived and had to be tased before being arrested.

Johnson accused his mother and girlfriend of smoking meth in the hotel room, but police say there was no evidence of that.