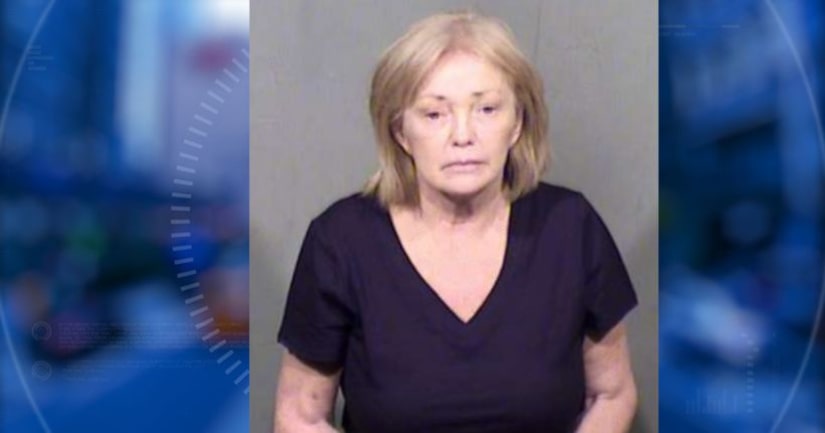 GOODYEAR, Ariz. -- (KNXV) -- A Goodyear woman is accused of firing shots at her husband who was sitting on the toilet.

Goodyear police report that on December 30 they received a call from a man who said his wife was shooting at him. Officers met the man near his home in the area of Pebble Creek Parkway and Indian School Road.

The man reportedly told police that his wife of 32 years was upset and had been yelling at him for two days.

He said he was on the toilet when 69-year-old Linda Jean Fahn barged in and fired two shots above his head.

Police contacted and detained Fahn in the home. She allegedly said to police, "I shot two bullets at the wall above his head to make him listen to me."

She claimed that "he would have to be ten feet tall to be hit by the bullets." However, police estimated that the shots were fired about seven inches above the man's head as he was slouched on the toilet.

FULL STORY: PD: Goodyear woman fires shots at husband, 'To make him listen to me' - KNXV