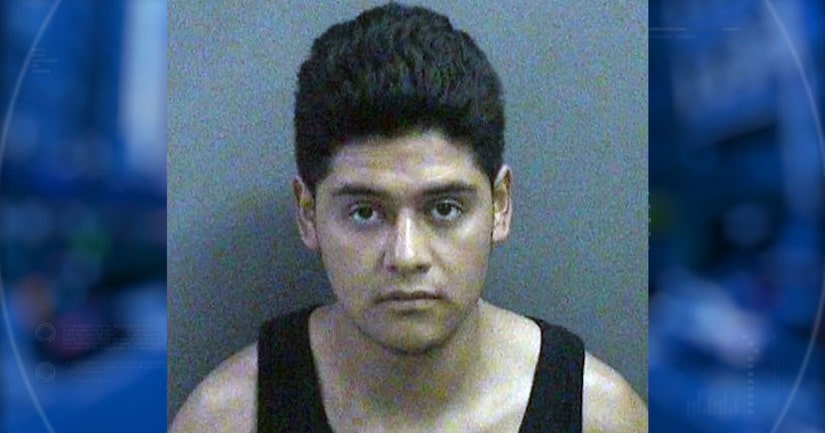 ANAHEIM, Calif. -- (KTLA) -- An Anaheim man was sentenced to life in prison Friday after a jury found him guilty of kidnapping, forcibly raping and sodomizing a 14-year-old girl and then later attempting to kidnap three other underage girls, according to the Orange County District Attorney's Office.

His prison sentence has no possibility of parole.

Xicotencatl's brutal rape of a young teenage girl happened back in March 2011, when he kidnapped a 14-year-old walking to Loara High School in Anaheim, prosecutors said. He drove the girl to an unknown location, where he blindfolded her and tied up her hands and feet before forcibly raping and sodomizing her.

Just over a year and half later, in November 2012, Xicotencatl was again preying on young girls walking to a nearby school.

One morning that month, he attempted to kidnap two girls — who were just 11 and 12 years old — as they were both walking to Ball Junior High School in Anaheim, prosecutors said.

In a news release, prosecutors said he was trying to kidnap the girls “with the intent to commit a sex offense.”

Less than a year later, in July 2013, Xicotencatl tried kidnapping a 16-year-old girl as she was walking to Loara High School for cross country practice. Prosecutors said he assaulted the girl with the intent to commit a sex offense, but did not release details about how he injured the girl.

That same month, Xicotencatl was arrested and Anaheim police investigated the crimes.