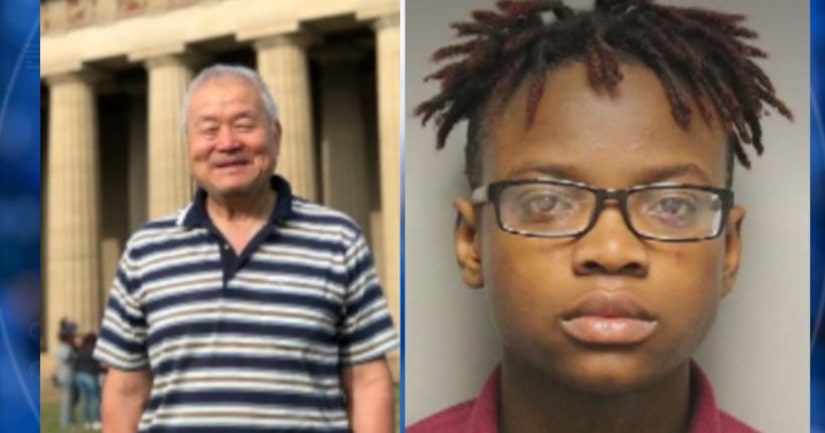 NASHVILLE -- (KRON) -- A 16-year-old has been arrested for the November shooting death of a 74-year-old South Nashville man who was killed while retrieving his trash can.

Metro police reported Myeisha Brown was arrested Wednesday and charged with criminal homicide in the death of Ruxin Wang.

Wang was shot to death on Nov. 9 while collecting a trash can outside his home on Claiborne Street.

Witnesses had reported seeing several juveniles running away from the scene of the shooting.

Brown reportedly refused to speak to detectives following her arrest.

Yun Wang said after the loss of his father, he is learning to deal with the new normal of his life. He also said his mother isn't doing well.

“She saw him lying there lifeless and that is really traumatic and even now my mom still has nightmares. Last night she was crying in her sleep,” said Yun Wang.

“I tried to let them enjoy their retirement life. I take them traveling across the world. I just didn't know it would end up like this,” said Wang.

Ruxin Wang and his wife moved to Nashville from China after retirement in search of a better life.