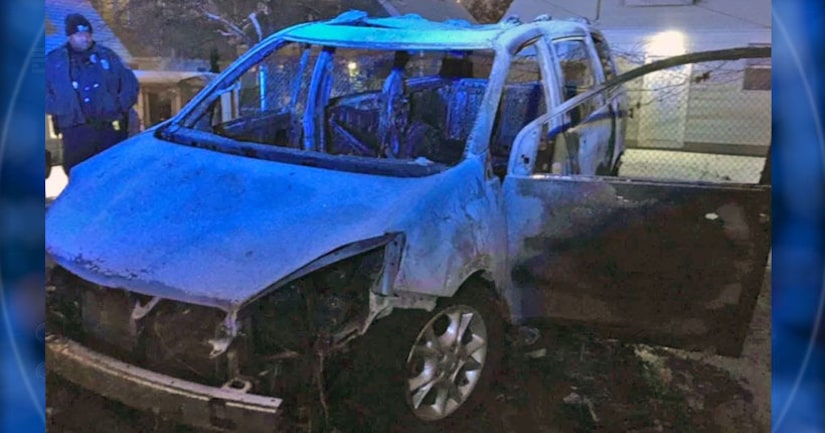 MILWAUKEE -- (WGN) -- A wheelchair accessible van was taken by thieves, with two wheelchairs and oxygen tanks inside. The van belongs to a family that includes two children living with disabilities, and it was found torched days after it was stolen.

"It was fast!" Jose Figueroa said.

On Christmas morning, Figueroa started the family van as they prepared to head out to visit family. When he turned his back, a criminal drove off in it.

"There was nothing we could do. It was quick. As we are going back on the porch to load stuff -- boom, gone," Figueroa said.

Losing the Toyota Sienna was one thing -- but it's much more than a mode of transportation for this family.

"It's not so much the van. They took the wheelchairs," Figueroa said.

The van was donated to help the family transport the children, ages 7 and 4, who are living with disabilities.

On Friday, December 29, the van was found torched and gutted in an alley near 53rd and Lisbon. The medical equipment was not inside.

Figueroa said it's been a struggle since the theft, but the family is trying to remain optimistic.

"We don't ask for nothing easy. We just ask for the strength to keep on going with the hard stuff," Figueroa said.

He said he wants their story to serve as a warning to others, confident they'll find a way to get around.

No one has been arrested in this case. Figueroa said it appeared at least two suspects were involved. Police are investigating.

A GoFundMe.com account has been set up to help the family raise money for a replacement van. CLICK HERE if you'd like to make a donation.