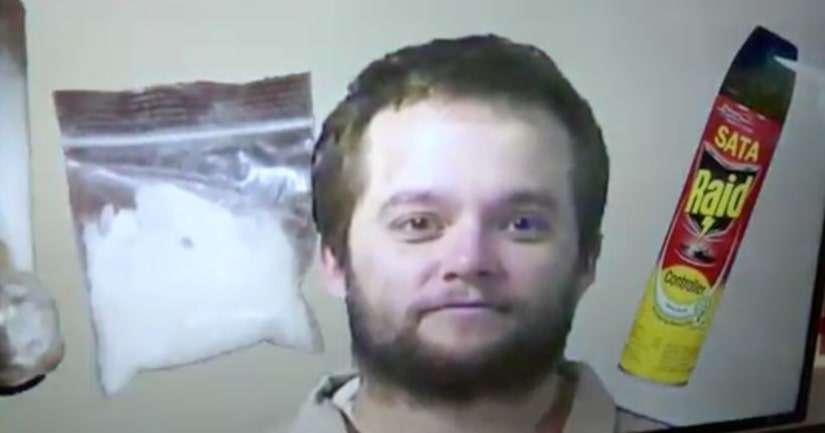 LAWRENCE COUNTY, Tenn. -- (KFOR) -- Authorities in Tennessee say a suspect admitted to being under the influence of a dangerous drug while he burglarized a home and terrified a family.

According to WKRN, deputies were called to a home in Lawrence County after the homeowners said a naked man had broken into the house.

“The man walks in. The family is all in there, minding their own business. He is stripped naked. He says the dog is looking at him. He grabs a knife and he cuts his throat. He goes upstairs and jumps out a window, after busting his head on the glass of the front door and then he takes off running,” Lt. Melinda Brewer, with the Lawrence County Sheriff's Office, told WKRN.

Investigators say 35-year-old Danny Hollis, Jr. admitting to smoking wasp, which is a mixture of meth and crystallized bug spray.

After being taken into custody, Hollis reportedly told deputies that he didn't remember breaking into the home or slashing his own throat.