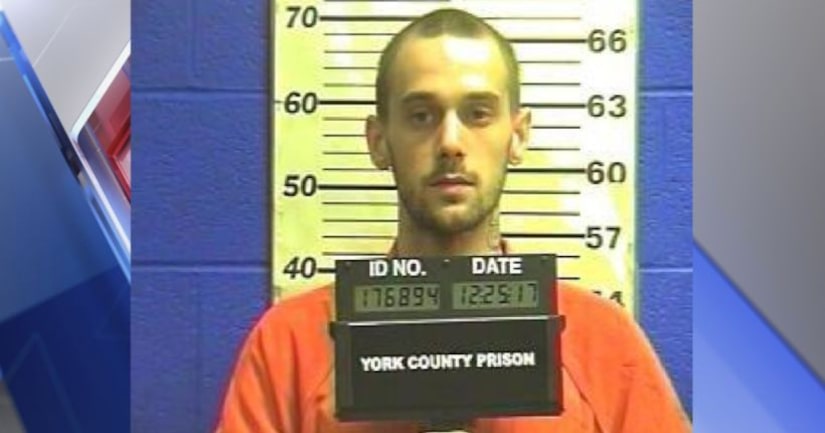 RED LION, Pa. -- (WPMT) -- Monday was a Christmas to remember at one Red Lion home, as a 25-year-old Spring Garden Township man wound up in York County Prison for allegedly stabbing his sister in the buttocks with a fork during an argument.

Joshua Frederick Webber, of the 600 block of Wheatlyn Drive, was arrested Monday at 3:30 p.m. after the altercation at his mother's home on the 200 block of East Broadway in Red Lion, according to Pennsylvania State Police. He is charged with simple assault and harassment, according to court documents.