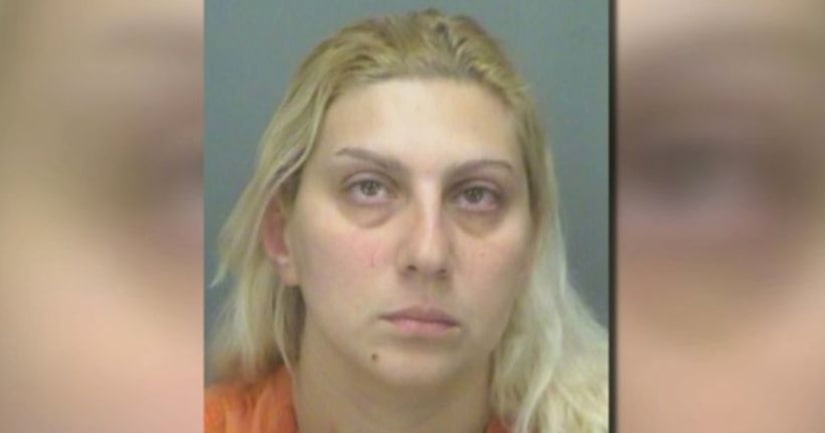 CLEARWATER, Fla. -- (KRON) -- A 39-year-old Land O' Lakes mother is accused of leaving her children behind at Clearwater's Countryside Mall following an unsuccessful attempt at shoplifting.

According to an arrest report, Mahassen Elhadary was shopping with three children — her 14-year-old son, 2-year-old son and a baby, on December 23.

The report states that Elhadary used scissors to remove security tags from $527 worth of merchandise at JCPenney and concealed the items in a bag. She also asked her 14-year-old son to conceal some items, according to the report.

“They had been observing a woman who was using a pair of scissors to clip off the shoplifting devices at the store. A variety of clothing, a variety of shoes. Stuffing it in bags and she also had three children with her at the time,” said Rob Shaw with Clearwater Police Department.

When she was approached by security, deputies say Elhadary bolted and ditched the kids.

“When they tried to stop her before she left the store, that's when she grabbed the youngest child, a baby and ran, leaving the other two behind,” Shaw said.

Elhadary got away, but the boys were stopped by security officers. Police say she avoided calls from officers and her husband, who was also at the mall.

“Our officers on-scene tried to contact her and she would not answer or hung up the phone,” said Shaw.

The father responded to JCPenney to pick up his children.

Elhadary was arrested when she turned herself into the police department Sunday. She bonded out on Christmas Day.

The son that police say she abandoned answered the door at the family's home in Land O' Lakes on Tuesday. He told News Channel 8 his mother wasn't talking.