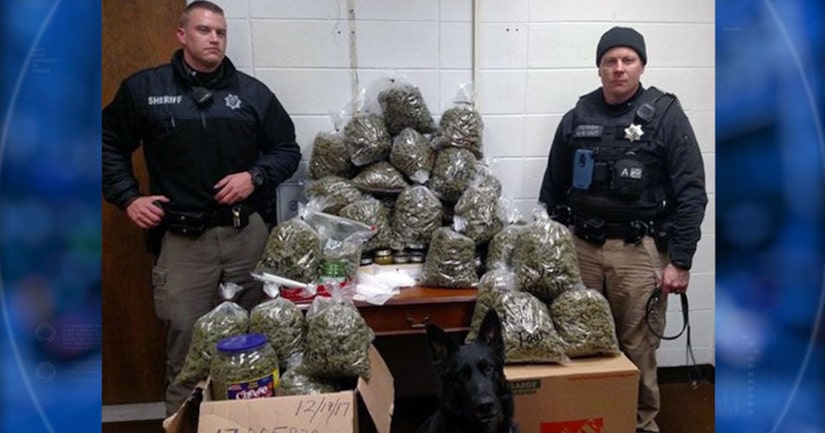 YORK, Neb. -- (KTVI) -- Nebraska officers arrested a couple in their eighties after finding 60 pounds of marijuana in their truck during a traffic stop, according to the York County Sheriff's Department.

Deputies pulled over 80-year-old Patrick Jiron and 83-year-old Barbara Jiron, both of Clearlake Oaks, California, after they noticed the couples' vehicle crossing the center line and the driver turning without signaling, according to the York News-Times.

A strong smell of marijuana wafted from the Toyota Tacoma, and, with the help of a police dog, deputies found the roughly $330,000 worth of pot in the pickup, authorities said.

While being questioned, the couple told deputies they were headed to Vermont, and “the marijuana was for Christmas presents,” according to a police report.

Deputies took Patrick and Barbara Jiron into custody on felony charges of possession of marijuana with the intent to deliver and no drug stamp, according to the paper.