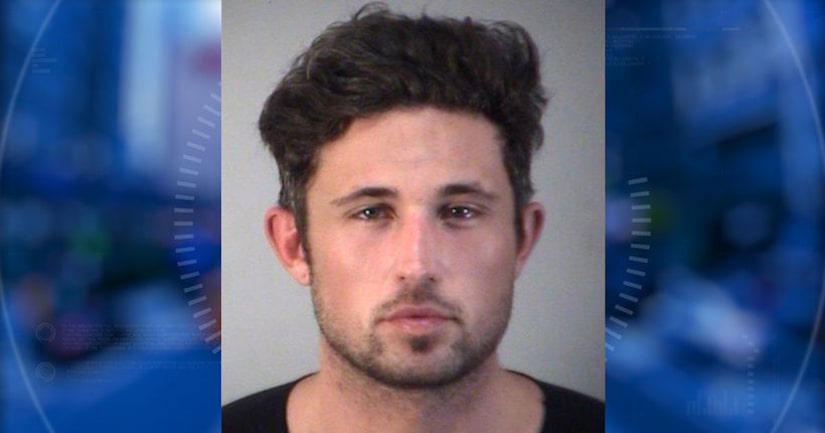 EUSTIS, Fla. -- (WKMG) -- Country singer Michael Ray is accused of driving while intoxicated after his foot slipped off the pedal of his vehicle in a Eustis McDonald's drive-thru early Wednesday morning, police said.

The slip caused the Eustis native, born Michael Roach, to hit the back of the vehicle in front of him, Eustis police said.

When officers went to talk to the "Kiss You In The Morning" singer, he had bloodshot eyes, slurred speech and an alcohol smell was present, police said.

Ray submitted to a field sobriety test and told officers he was coming from a bar in Tavares.

Ray was placed under arrest, and officers found a bottle inside of his left pocket, police said.

Once Ray was transported to the Eustis Police Department, he was asked to take a breathalyzer test, but he refused.

Ray was charged with driving under the influence and possession of marijuana (THC hash oil) and was booked on $6,000 bond.

According to Lake County Jail records, Ray has been released.