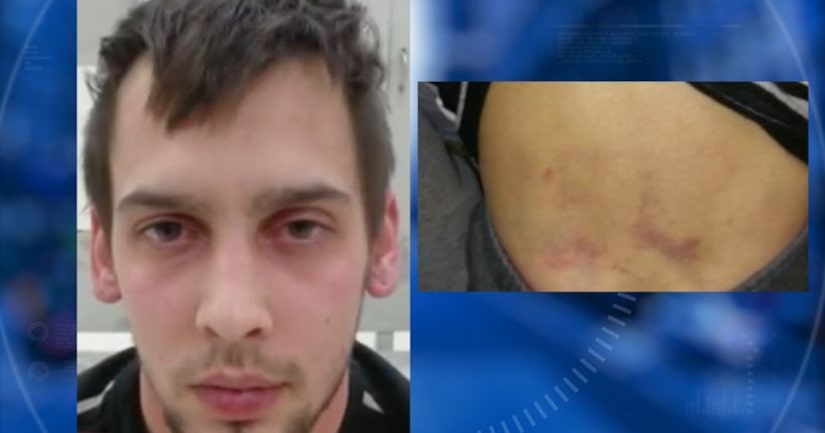 OKMULGEE, Okla. -- (KFOR) -- An Oklahoma man is facing charges after investigators say he went too far while trying to punish his girlfriend's son.

The victim's mother says she left her 5-year-old son alone with 25-year-old Wesley McCollum so she could do a little Christmas shopping on Saturday.

When she arrived home, she says she saw bruises on her son's arms and back, whelps on his forehead and a hand print on his cheek.

“Words cannot explain seeing your baby like this and having no clue what happened,” she wrote on Facebook. “'Wesley hurt me bad, mama,' is all he kept saying.”

The woman told KJRH that McCollum told her that he punished the boy after the child opened a present that was under the Christmas tree.