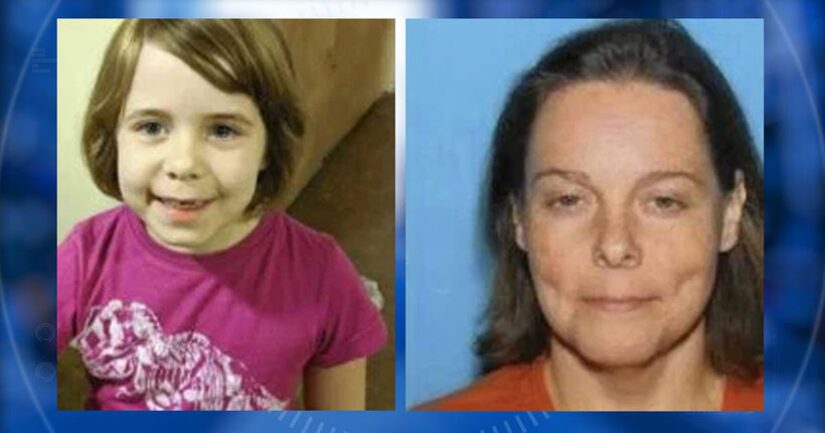 OAK PARK, Ill. -- (WGN) -- Oak Park Police are asking for help finding a 6-year-old girl who was taken by her mother during a court-supervised visit Saturday.

Zoe Stegmeyer lives with her father in Schiller Park, and was accompanied by a court-appointed supervisor as she visited with her mother Wendy Jarvis at an Oak Park restaurant near Jarvis' home Saturday around 11:15 a.m., according to Village of Oak Park officials.

Jarvis is in a custody dispute with Zoe's father, and according to the court supervisor, she said she was taking the girl to the restroom when she and the girl left through a back door in the restaurant's kitchen.

While the circumstances of the abduction don't meet the criteria for an AMBER Alert, Oak Park Police issued an Endangered Missing Person Advisory and are asking for help locating Zoe and her mother.

An extensive search turned up no clues, according to the statement from Oak Park officials, and they're asking anyone with information to call police at (708) 386-3800, or provide information anonymously by calling (708) 434-1636 or visiting oak-park.us/crimetip.