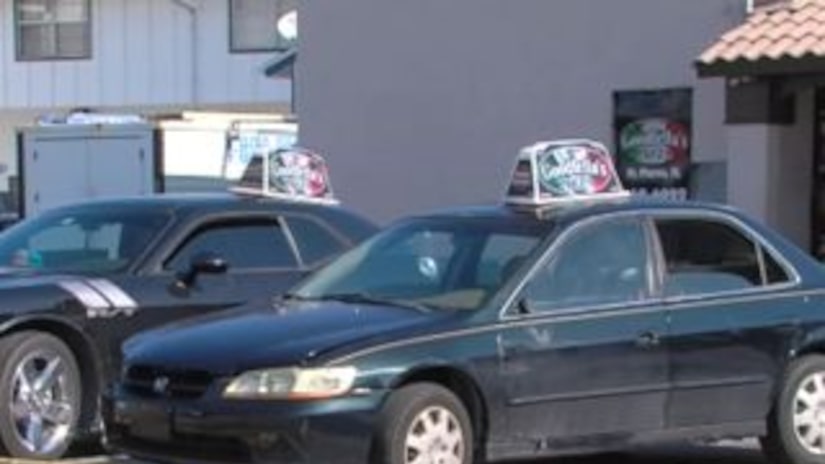 Goodfella's Pizza employee John Parker was delivering a pizza in the area of 17th Street and Avenue L around 8 p.m. Sunday.

He said when he got in the neighborhood, he realized the address the caller used to place the order was fake.

Because that's a red flag as a possible safety risk, Parker said he started to turn around.

At that moment, he said a man, who police identified as Marvin Reaves, flagged him down.

He assumed it was the person who ordered the pizza.

“I was thinking maybe it could have been a mistake in address,“ Parker said.

Then, he said Reaves pulled out a gun and demanded all of his cash.

Parker paused and said he told Reaves he had more cash in the car he could give him.

“I was able to get distance between me and him and get back to my vehicle and disclose my weapon,” Parker said.

Parker said he opened fire and shot Reaves in the legs and pelvis.

Parker said Reaves ran about a block away. Police found him bleeding and he was taken to Lawnwood Regional Medical Center where he's expected to survive.

The owner of Goodfella's says his drivers have the right to arm themselves.

Parker's colleagues are glad he took his safety seriously.

“Hopefully they get the message that we're not going to take crap anymore,” said delivery driver Anthony Ramunno.

Parker said other employees have been robbed in that area before and can refuse to deliver pizzas to that area. “Pizza delivery, it's shaky business sometimes.”

In fact, Parker said nearby residents spoke to him after the shooting. “They said you know we now see why these companies don't deliver out here. We're the only delivery company that delivers into the area.”

Once Reaves recovers, he will face a charge of armed robbery.

Parker is not facing any charges at this point. Police say he acted in self-defense.