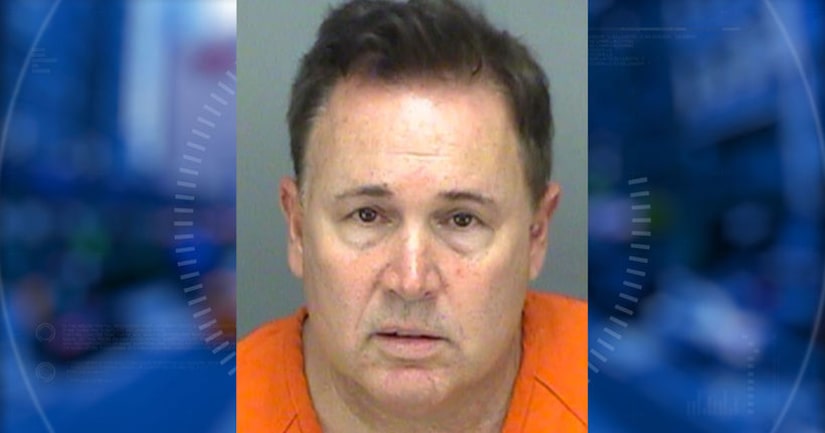 TAMPA, Fla. -- (WGN) -- A Florida attorney was caught with his pants down, trying to record a sexual encounter with an inmate, according to the Pinellas County Sheriff's Office.

Andrew Spark, 54, has been charged with soliciting for prostitution, exposure of sexual organs and possession of contraband in a county detention facility, according to WFTS. Spark may face additional charges as the investigation continues.

“In late November of this year we received information that Spark was using his status as a lawyer to meet in person with female inmates in the Pinellas County jail and have taped video sex with the inmates for a fee,” Sheriff Bob Gualtieri said during a press conference.

Gaultieri said Spark “duped the system” by using a room reserved for attorneys and their clients to record sex acts with his iPad. The room has no cameras, audio recording devices or windows, aside from a small one in the door that he would stand in front of, Gaultieri said.

Officials said Spark was making a pornographic video project titled “Girls in Jail,” according to WTVT.

A 25-year-old inmate named Shauna Boselli tipped off authorities last month saying Spark – who had never represented her -- visited her and offered to deposit cash in Boselli's commissary account if she gave him oral sex. Boselli said Spark had bragged about already meeting another inmate that same day.

Boselli turned Spark down, according to Gaultieri, but detectives later identified the other inmate and confirmed that they had had sex inside the jail at least six times since June. After finding out Spark was visiting the woman again on Sunday, investigators set up surveillance and caught the lawyer “fully exposed,” Gualtieri said.

Officials say Spark may have been having sex with other inmates at the Pinellas County Jail or at other facilities and continue to investigate.