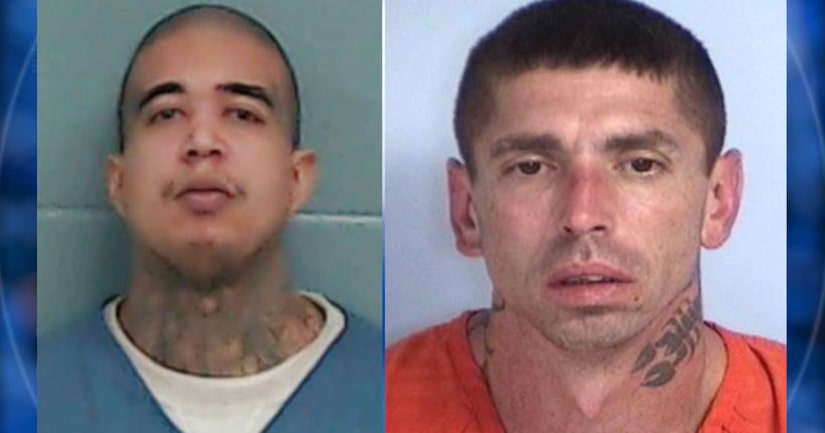 CHIPLEY, Fla. -- (AP/WKMG) -- A Florida sheriff says two inmates chipped away at a wall under a sink in their cell to gain access to an adjoining maintenance room that led them to the jail yard.

He says they crawled under a padlocked gate.

The News Herald reports multiple agencies are searching for the two. Pardo, who was jailed on drug charges, also is also accused of fatally stabbing another inmate in June. Anderson was awaiting trial on charges stemming from a high-speed chase and already was sentenced to 22 years in federal prison.

FULL STORY: Florida inmates escaped by chipping away at wall under sink - WKMG