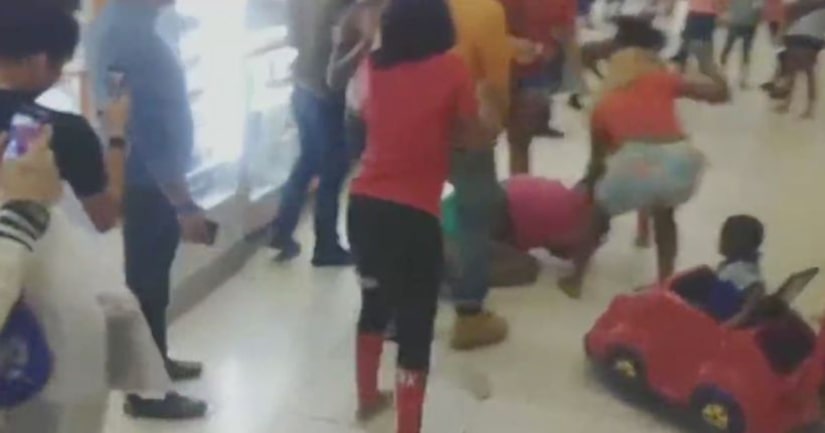 FORT MYERS, Fla. -- (KRON) -- A brawl broke out at Edison Mall in Fort Myers on Sunday afternoon during the busy holiday shopping season.

The graphic video shows a group of people punching and kicking one another, and a woman pushing a child's stroller appears and kicks one of the women in the head.

She then leaves the baby off to the side as she goes running.

Fort Myers Police said they were called at about 4:30 p.m. on Sunday for a disturbance of peace call at the mall. When officers arrived, the scene had already broken up, but approximately two hours later, police were called back regarding apparent injuries stemming from the fight.

In a police report, two victims were identified as 20-year-old Marlesha Williams and 18-year-old Verdasia Eleaby. They said they were attacked by people who believe they were related to the shooting death of Samuel Jones in Lehigh Acres.

The two women allege they were punched, kicked, spat upon and had their hair pulled during the fight. Williams and Eleaby both sustained injuries as a result, and the police report said they wanted to press charges.

The police report indicates there were six suspects responsible for the women's injuries, however, police did not release their identities.