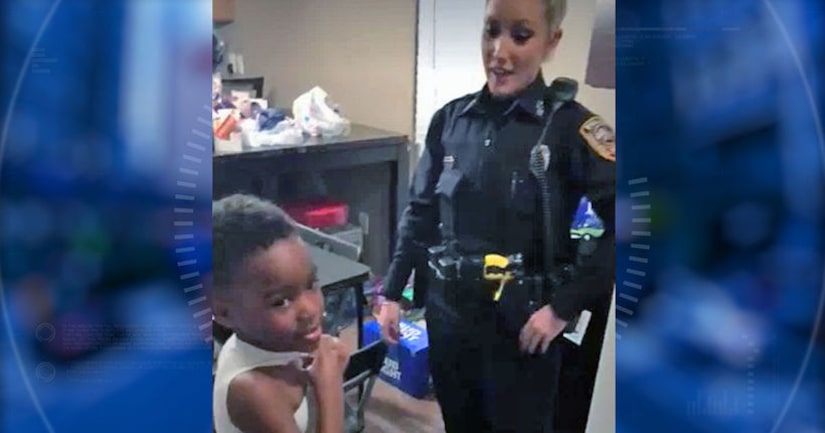 MISSISSIPPI -- (KTLA) -- A 5-year-old boy in Mississippi who was worried that the Grinch was going to steal Christmas after watching one too many videos called 911 and asked police for help over the weekend.

Tylon Pittman had been watching the holiday videos on a smartphone and called authorities when he saw the Grinch taking presents before Christmas, local television station WLBT reported.

Video posted to Facebook by TeDera Dwayne Graves II Saturday showed the interaction between his little brother and a police officer.

“What are you going to do if he tries to steal your Christmas?” the officer asks.

The boy responds, “Take him to jail.”

The two high-five and the officer says “Good job.”

In another post, the boy is showing his phone's video evidence of the thieving Grinch to the officer, who tries to assure him his presents are safe.

“I just want to tell you the Grinch is not going to steal your Christmas, OK?”

The boy can be heard saying OK as he walks away.

Pittman's mother says the boy likes to call people on the phone, but didn't expect this.

“He calls people all the time,” Teresa Brown-Pittman told WLBT. “If he gets your number, he's going to call you and blow you up; but to dial 911, oh my God, no.”