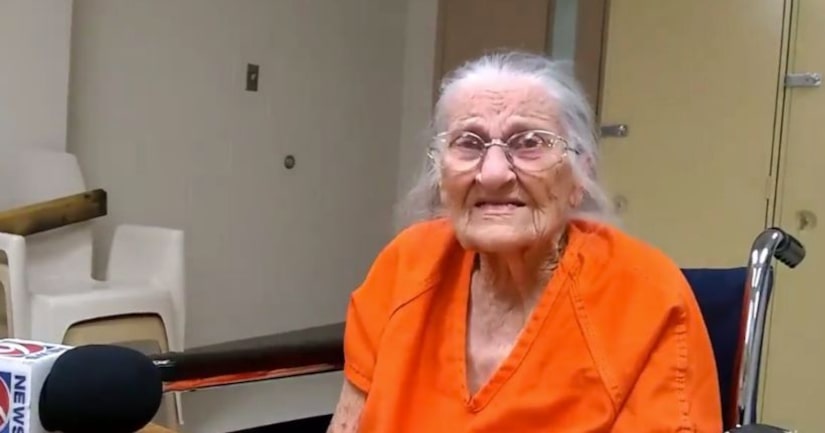 EUSTIS, Fla. -- (WPTV) -- Eustis police arrested a 93-year-old woman accused of trespassing after the independent living facility in which she lived reported that she has refused to pay rent for the past three months.

Juanita Fitzgerald, 93, has a birthday coming up Friday. She was held in the Lake County Jail on a $500 bond and has been there since Tuesday. Fitzgerald was released Thursday on her own recognizance, a Lake County Sheriff's Office spokesman said.

Fitzgerald did not have to pay bond but must appear for a Dec. 27 court appearance, officials said.

Karen Twinem, with National Church Residences, which owns the Franklin House where Fitzgerald has lived since April 2011, said Fitzgerald told the staff she held back the rent because she thought she was going to die soon.

Twinem also confirmed that Fitzgerald also had complained about having mold in her apartment, but said the facility had her apartment tested and no mold was found.

Twinem said officials contacted the 93-year-old woman's family several times to try to get her help and even reached out to several agencies, including the Homeless Coalition, LiveStream Behavior Center, the United Way of Lake County, Family and Children's Services of Lake County, the Area Agency on Aging and several other apartments and transitional housing programs. Twinem said Fitzgerald refused all the assistance offered.

“I feel like everything was done that could possibly be done to help her I feel a lot of this was brought on herself,” Franklin House resident Terri Goldberg said of Fitzgerald.

Court papers describe how Fitzgerald resisted the eviction every step of the way.

When Eustis police officers arrived at the Franklin House, located at 2400 Kurt St., they met with Lake County deputies inside the front lobby and Fitzgerald was there, according to court papers.

The report states that, on the previous day, Fitzgerald was made well-aware that she would be evicted and was asked several times to leave the property and told she could no longer stay there.

Fitzgerald refused to get her belongings and leave and said, “Unless you carry me out of here, I'm not going anywhere,” according to the affidavit.

As officers attempted to escort her out of the building, she intentionally slid out of her chair and onto the floor and resisted when officers tried to pick her up, the report said.

The affidavit states officers were able to safely escort her out of the building into the rear of a patrol car. Due to her age, officers transported Fitzgerald without handcuffs to reduce the risk of injury.

“This is extremely rare,” said Twinem, who said National Church Residences runs 340 properties. “We try to find places for people.”