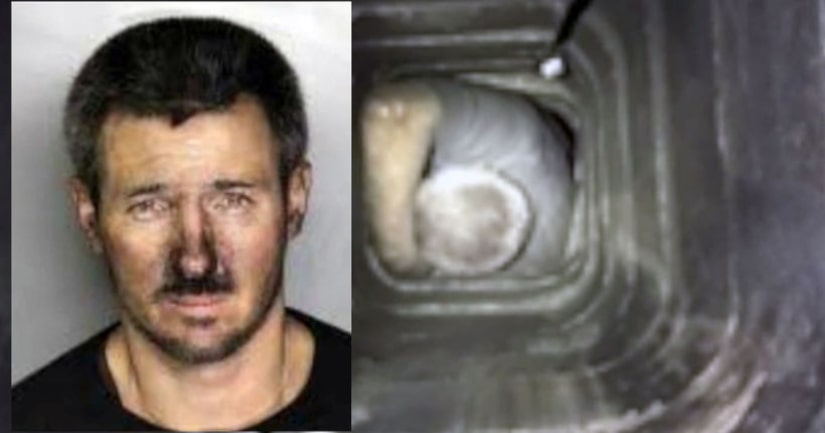 CITRUS HEIGHTS, Calif. -- (KTXL) -- December 13, Citrus Heights police arrested a man they say tried to break into a business through the chimney, got stuck, and called 911 for a rescue. Sacramento Metro Fire Crews used a tripod device to pull the suspect, Jesse Berube, out of the chimney. The business owner Loree LaMoureaux says she's glad no one was hurt, and thinks it makes for a great Christmas story.

'Twas 12 nights before Christmas and at Loree's Little Shack in Citrus Heights one creature was stirring, allegedly planning a heist.

“There's lots of room for Santa but it's got to be the right Santa and not the criminal Santa,” said LaMoureaux.

The employees' stockings were hung at the bar with care— full of tips— not expecting a burglar would soon be there.

When up on the roof there arose such a clatter, then a 5 a.m. knock on LaMoureaux's door —police saying something was the matter. Away to her business she went to see for herself the suspect who had called 911 on himself.

“I don't know how he was able to reach his phone,” said Sacramento Metro Fire Department Battalion Chief Brad Schumacher.

Emergency dispatchers called police to assist Sacramento Metro Fire with backup. A man stuck in a business' chimney? They figured something was up.

Fire crews got the bar and climbed up to the top, seeing at first nothing of a man who was stuck. When what to their wondering eyes should appear was a grown man stuck in this chimney here​.

“He probably figured the chimney would go straight into the fireplace and when it took a 90 degree corner he got stuck,” said Schumacher.

With a chimney opening not even a foot and a half wide, what could have possessed him to think this was something to be tried?

Meanwhile Metro Fire's rescue crew got in place using a special contraption perfect for this case.

A bigger problem than the soot all over the place was the police car waiting and the burglary charge Berube will now face. Here's the kicker, he's a known customer in LaMoureaux's place.

Still Loree can't help but laugh when she thinks of it in hindsight. She wishes Merry Christmas to all, but may start leaving the fireplace on at night​.