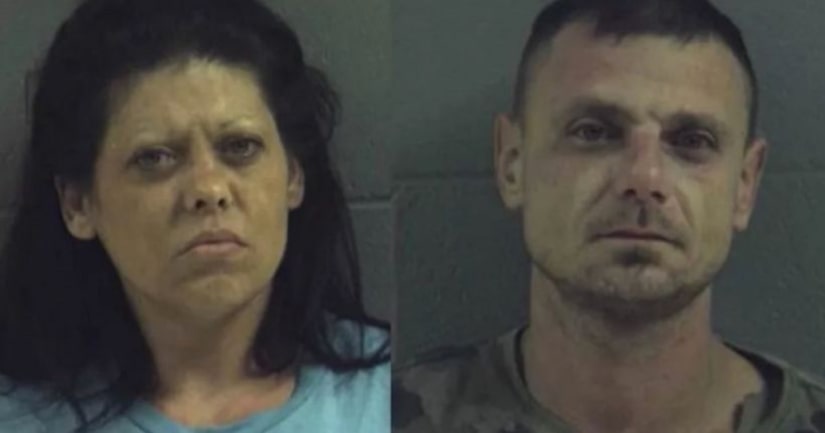 Sylvia and Shane Baker are facing desertion and drug charges.

This is the third time this week, Baker wandered away while playing outside unattended and each time he had to be located, said Livingston Parish Sheriff Ard.

Tanya Bankston, a volunteer who heard about it on Facebook, joined in the massive search. The Livingston Parish Sheriff's office, people on horseback, and a helicopter were all called in.

After nearly five hours of searching Bankston found Sheldon about a mile away from his house in the woods.

“He was freezing cold and said he wanted to go home and he was hungry … He was scared as his feet were blood red swollen … he had on shorts and a T-shirt and no shoes on,” said Bankston.