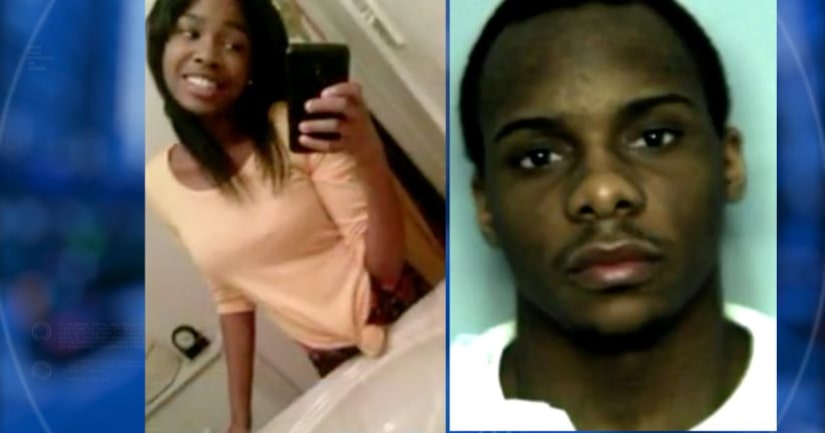 CHESAPEAKE, Va. -- (KRON) -- Neal Bolden has pleaded guilty to second-degree murder for the 2015 death of his 20-year-old girlfriend in Chesapeake.

Bolden made his appearance Friday in a Chesapeake courtroom six months after being indicted on May 2 for felony murder, robbery and credit card fraud for an offense dated Oct. 27, 2015.

Lorenda Holloway has been broken-hearted since October 2015 when her 20-year-old angel, Jequil Holloway, disappeared. Immediately, missing posters went up with an alert she might be driving her 2004 gray Nissan Altima.

Her boyfriend at the time, Neal Bolden, was arrested for the crime, and now pleads guilty to an Alford Plea of second degree murder. An Alford Plea is a guilty plea of a defendant who proclaims he is innocent of the crime, but admits that the prosecution has enough evidence to prove that he is guilty beyond a reasonable doubt.

Jequil's mother, Lorenda Holloway, quiet but direct, “I miss my daughter a whole lot. I hope justice finally comes,” adding that she hopes he gets the maximum sentence.

Jequil and Bolden had a rocky relationship in 2015.

In May before her October disappearance, Norfolk police arrested then 18-year-old Bolden for choking and assaulting Holloway.

With all the history, Ms. Holloway says it was tough to look at Bolden in court: “What was so hard to see him in court, because I hate his face. The look of him for what he did to my daughter.”

Ms. Holloway also wants closure too. She is not disappointed with the plea agreement to go to second degree murder instead of first degree, and she's not upset prosecutors nolle-prossed the charges.