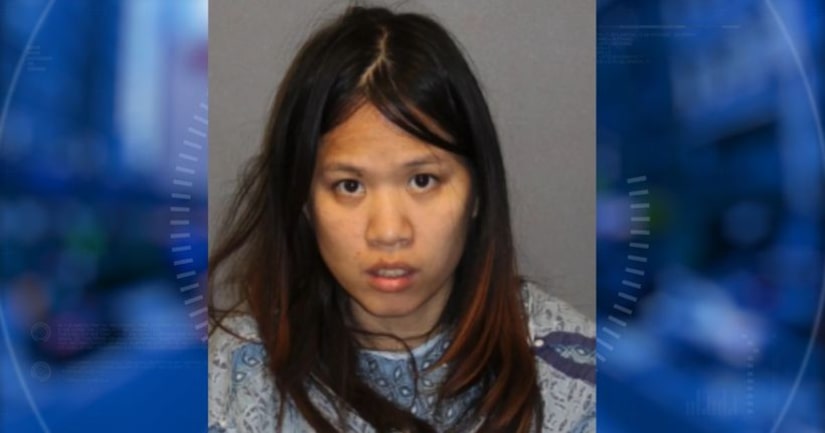 ORANGE COUNTY, Calif. -- (KTLA) -- A 29-year-old mother was arrested on suspicion of homicide after her baby was found unresponsive in a Westminster home, officials said Wednesday.

Westminster police officers responded to the home in the 15000 block of Coronado Street about 10:55 p.m. Tuesday.

The baby's father told police his girlfriend, Thi Nhat Ha Nguyen was acting strangely and their son, Nau, was not breathing.

Hung Nguyen told KTLA that he asked his girlfriend what happened and he said she just kept laughing.

He said he could see a mark on his son's face and when he tried to carry him, the baby did not move.

Responding officers tried to revive the 4-month-old baby, but were not able to.

The baby was taken to a hospital and was pronounced dead.

Nguyen was arrested on suspicion of homicide, but the cause of death has not been revealed. Police and Hung Nguyen said the baby may have suffered some sort of head trauma.

Hung Nguyen told KTLA his girlfriend had attempted to commit suicide in July when she was still pregnant.