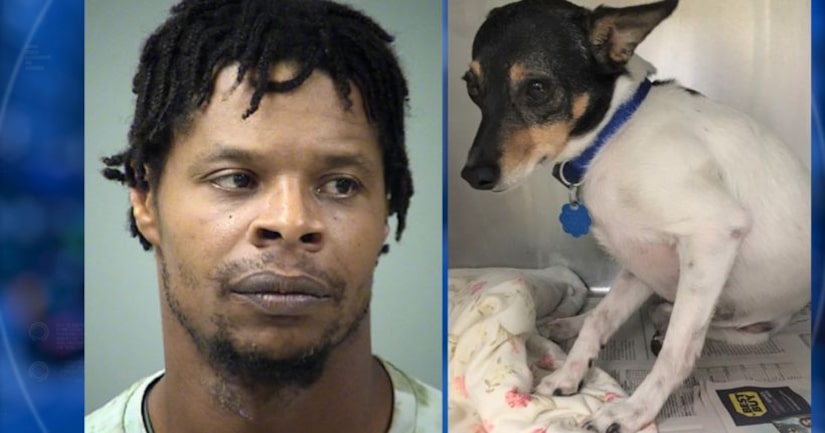 According to arrest papers, the incident began when a couple began to argue. Investigators say Fernando Demetrius Morgan became upset when his girlfriend told him to leave the apartment and not return.

That's when Morgan allegedly threw a small Rat Terrier dog and a kitten out of a second story window. Both of the animals landed on a car windshield, shattering the glass.

The dog, named Ruby, suffered a cracked pelvis, two broken legs, broken ribs and internal bleeding. She is now recovering at Animal Care Services and will be transferred to a rescue group for adoption.

The kitten, named Midnight, suffered a minor injury and has since been adopted out by ACS.