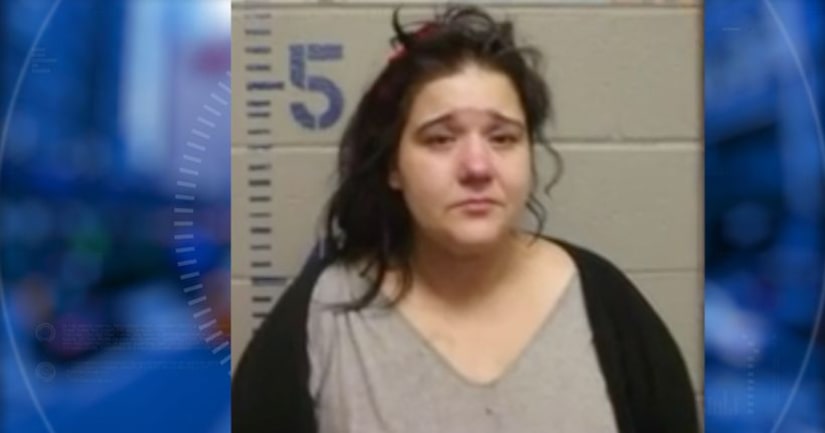 Warning: Some viewers may find this video and details disturbing.

GUTHRIE, Okla. -- (KFOR) -- Five children were rescued from deplorable conditions in Guthrie. A baby endured the worst of the neglect.

Officers were called to the alley just south of W. Harrison Street where Melissa Grayson's car was stranded without gas.

Police quickly discovered what one officer called "the dirtiest vehicle he had seen in 15 years of being employed here."

"The entire vehicle was absolutely full of filth," said Guthrie Police Sgt. Anthony Gibbs. "From one end to the other of the vehicle, the entire surface was covered with some type of trash or food that was in various states of decay."

Grayson already had an outstanding warrant, but her troubles were not in the past. Police quickly discovered her one-year-old in atrocious condition in the car.

"The car seat wasn't strapped in, there wasn't a base for the car seat," Sgt. Gibbs said.

And the baby was soaked in its own urine, all the way up to its shoulder blades.

"Underneath the child's diaper, scalded. There was broken skin and bleeding from the child because of the excrement that was held close to the body," Sgt. Gibbs said.

Underneath the baby, urine-soaked food was rotting in the car seat.

Police found conditions in the home Grayson shared with her husband were not much better.

"They had only been there for about two weeks, however the residence was also in a very horrible state," Sgt. Gibbs said.

Trash was spilling out onto the floor and across countertops, dirty laundry was piled two feet high, and again, food molded throughout the baby's swing.

Police also found various drugs in Grayson's purse, including six syringes. According to the affidavit, "5 a.m. was the last time Mrs. Grayson shot up."

"In this case, we're probably talking about drug addiction, probably opiate addiction," Sgt. Gibbs said. "And it seems to create an apathy to not care about anything."

FULL STORY: Baby rescued from living in its own filth in Guthrie - KFOR