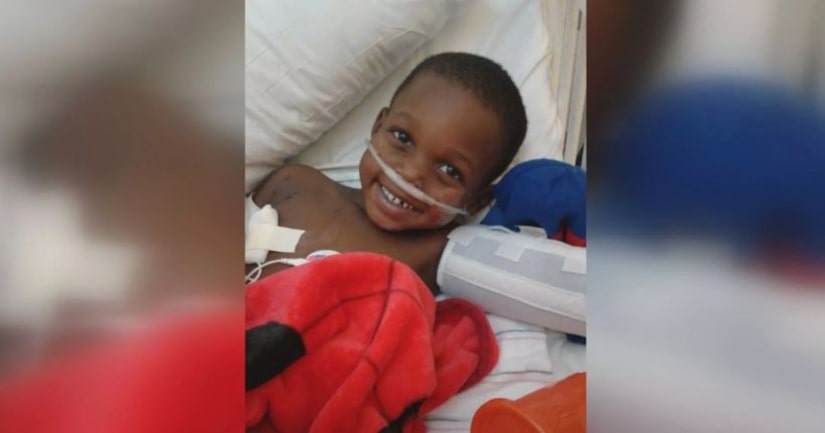 LOUISVILLE, Ky. -- (WAVE) -- The mother of a toddler who shot himself in Old Louisville, celebrated his third birthday at Norton Children's Hospital.

Kaden Spencer was rushed to the hospital on Dec. 3 after he accidentally shot himself in the chest.

“I'm trying to cope with this and move on because it's not going to change anything,” Kaden's mother, Nashae Hidder, said on Thursday. “I just have deal with Kaden being in the hospital and hopefully he gets out soon.”

Hidder said her son was staying with his father on Oleanda Avenue the weekend of the shooting. She said the gun was placed under a mattress.

“I just want people to put the guns away from children,” Hidder said. “Make sure it's on safety. Under a mattress isn't good.”

Kaden shot himself in the chest missing vital organs. Spencer was in the ICU on a ventilator and is now on oxygen. Doctors told the family Kaden will recover.

After the shooting, Kaden's father placed him in his car to take him to the hospital. He crashed not too far from his home at Hill and Fourth streets.

Hidder is 35 weeks pregnant and was in the hospital herself when her son arrived at Norton Children's Hospital with a gunshot wound to the chest.

“It is very stressful being pregnant and dealing with this,” Hidder said. “Doctors tell me don't stress because you will stress the baby out. But how can I not stress when my other baby is in the hospital.”