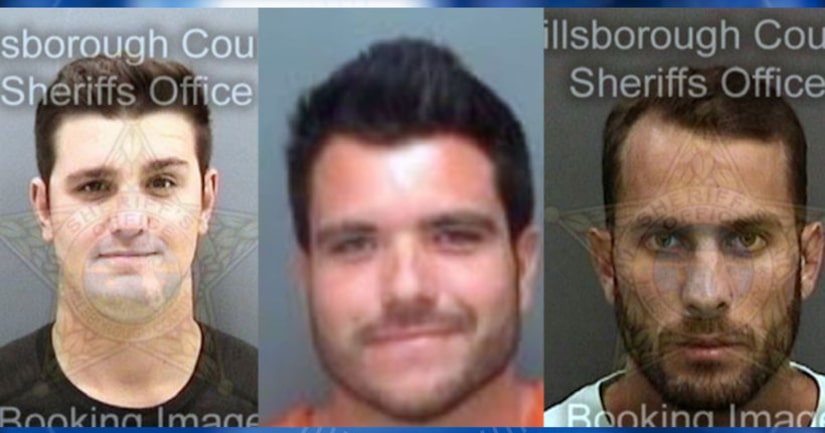 HILLSBOROUGH COUNTY, Fla. -- (WKMG) -- Three men have been arrested in connection with a shark-dragging video that went viral in July, according to the Florida Fish and Wildlife Conservation Commission.

Officials announced Tuesday evening that a four-month investigation into the video led them to charge Michael Wenzel, 21, of Palmetto; Robert Lee Benac, 28, of Bradenton; and Spencer Heintz, 23, of Palmetto.

All three men are facing two counts of aggravated animal cruelty, a third-degree felony. Wenzel and Benac each face an additional misdemeanor charge of illegally taking a shark.

The 10-second video, which outraged Floridians, local politicians and animal activists alike, showed a shark tethered behind a speeding watercraft, flailing in the boat's wake.

Three young men were also seen in the video, pointing and laughing at the animal.

“I was outraged by the sickening video of a shark being horribly abused earlier this year. Florida has no tolerance for this mistreatment, and I am proud of the hard work of FWC law enforcement during this investigation to hold these individuals accountable for their horrific actions,” Gov. Rick Scott said.

Shortly after the video gained traction online, FWC officials said that they had identified the men involved but would not release their names until charges had been filed. The investigation into the video and additional social media posts "involving shocking disregard for Florida's natural resources" led to the filing of charges, according to a news release.

The three men have since bonded out of the Hillsborough County Jail.