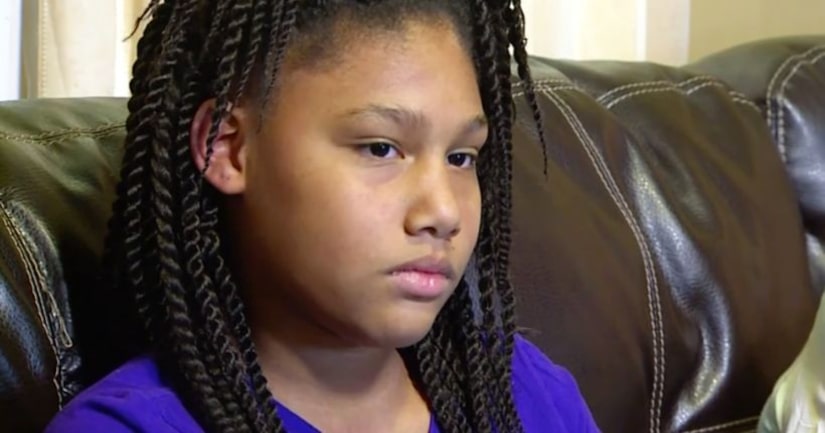 GRAND RAPIDS, Mich. -- (KABB) -- A Michigan mother has questions for her city's police department after they handcuffed and detained her 11-year-old daughter.

"I'm afraid to open or go near my backdoor," said Honestie Hodges, who was handcuffed by Grand Rapids Police officers.

"Because of what happened," Honestie replied.

"How did it make you feel?" we asked her.

Honestie Hodges is an 11-year-old student at Stocking Elementary. Her mom says she stays out of trouble. She was heading out the backdoor of her home on Turner near Richmond when she was greeted by Grand Rapids Police.

Honestie and her mom tell us officers told her to walk backwards with her hands up, then put her in cuffs, patted her down and put her in the back of a cop car.

"The whole time they are telling her to come down, I'm telling them she's 11 years old,” recalled Whitney. “That's my daughter. Don't cuff her."

But it didn't stop them. The Grand Rapids Police Department admits they put her in handcuffs.

"When my mom was walking past, I was putting my hands through the little bars, banging on the windows screaming please don't let them take me," said Honestie.

"I wanted to be a detective, no a police officer, but now I don't want anything to do with those kind of things," Honestie told us.

What do you want to tell Grand Rapids Police?" we asked her.

"I don't know,” she replied. “I'm just wondering why they did that to me."