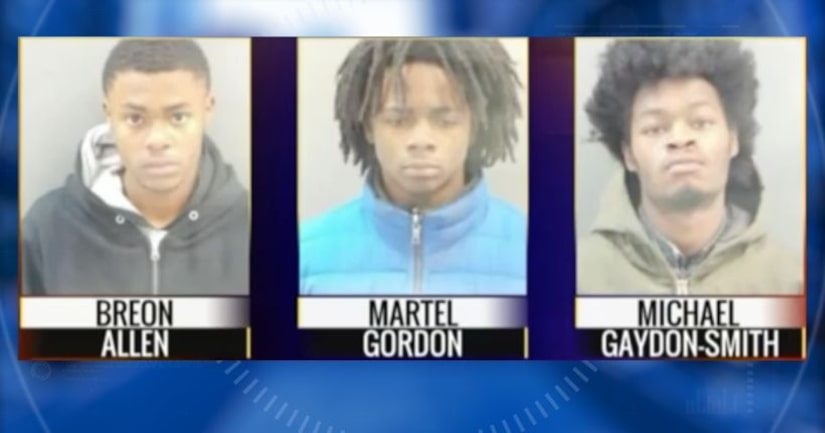 ST. LOUIS -- (KTVI) -- A St. Louis woman returned home after a long day of Christmas shopping Tuesday, when she says three men wearing hoodies approached as she was unloading items from her car. One of the suspects had a gun, pointed it at her and demanded her car keys, phone and cash.

"They had a gun to my head. I mean, I was afraid that I was going to die," said the victim, who asked to remain anonymous.

The suspects stole her car, which she said was full of Christmas presents for her grandchildren. She said they also stole about $1,500 which she planned on using to pay her rent.

"Now what am I supposed to tell my babies at Christmas? That I can't do nothing for you all because I got robbed?" she wondered.

Police arrested four suspects who were seen exiting the woman's car on Sunday in the 1200 block of Baden Avenue in North St. Louis.

The woman is thankful the suspects only took her stuff and not her life, but she said they ruined Christmas for her grandchildren.