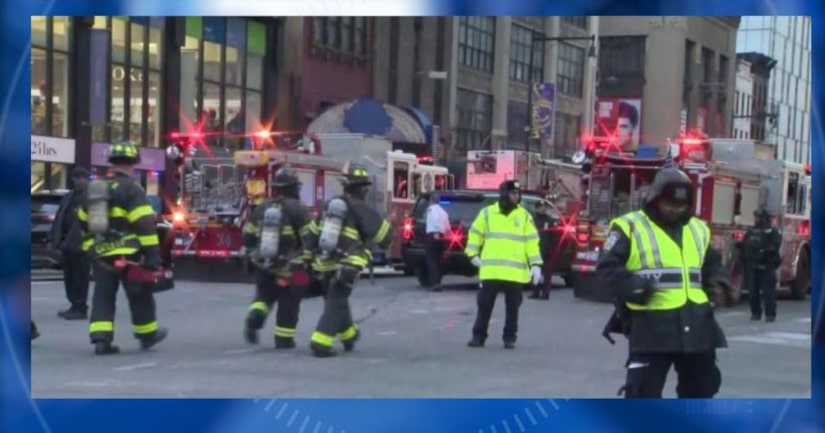 MANHATTAN -- (WPIX) -- At least four people are hurt, including a suspected bomber who is in custody, after a pipe bomb exploded in what's being called an attempted terrorist attack below the Port Authority Bus Terminal.

The explosion created “a lot of chaos” as commuters fled from the usually bustling transit hub at the height of the Monday morning commute. It occurred about 7:30 a.m. near West 42th Street and Eighth Avenue, police said.

“This was an attempted terrorist attack,” Mayor Bill de Blasio said. “Thank got the perpetrator did not achieve his ultimate goals.”

Akayed Ullah has been identified by Police Commissioner James O'Neill as the suspected bomber. He is believed to have intentionally detonated a device strapped to his body using velcro and zip ties.

Three people who were in the immediate area sustained minor injuries, such as headaches and ringing in their ears.