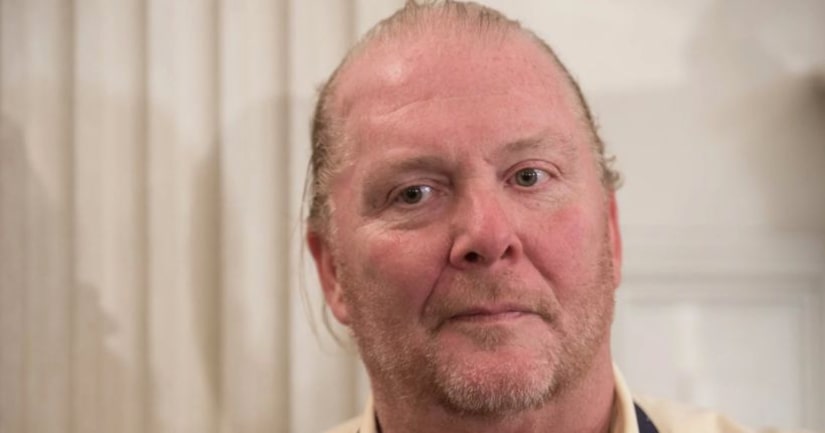 LOS ANGELES -- (KTLA) -- Celebrity chef Mario Batali is stepping away from his restaurant business and ABC television show amid allegations of sexual misconduct.

Batali said in a statement to CNNMoney that he is “deeply sorry” for any pain or humiliation he has caused.

“I apologize to the people I have mistreated and hurt,” Batali said. “That behavior was wrong and there are no excuses. I take full responsibility and am deeply sorry for any pain, humiliation or discomfort I have caused to my peers, employees, customers, friends and family.”

That statement was first made public early Monday in an investigation on Eater, the restaurant news website. Eater's report included four accounts of women who claimed that Batali “touched them inappropriately in a pattern of behavior that appears to span at least two decades.”

The women, some of whom worked for Batali, claimed he had groped them, according to Eater. The story did not name them.

Batali did not refer to the Eater investigation in his statement. But he said, “although the identities of most of the individuals mentioned in these stories have not been revealed to me, much of the behavior described does, in fact, match up with ways I have acted.”

“We built these restaurants so that our guests could have fun and indulge, but I took that too far in my own behavior,” he said. “I won't make that mistake again.”

The Batali and Bastianich Hospitality Group, a collection of restaurants, confirmed to CNNMoney that Batali has stepped away from company operations.

He remains an owner of the group, which he founded with restaurateur Joe Bastianich. A spokesperson said that Batali and the owners are reviewing that role.

“We take these allegations very seriously,” B&B said in a statement, which was first provided to Eater. “We pride ourselves on being a workplace for our employees where they can grow and deliver great service with equal opportunity and free from any discrimination.

The group added: “We have strong policies and practices in place that address sexual harassment. We train employees in these policies and we enforce them, up to and including termination.”