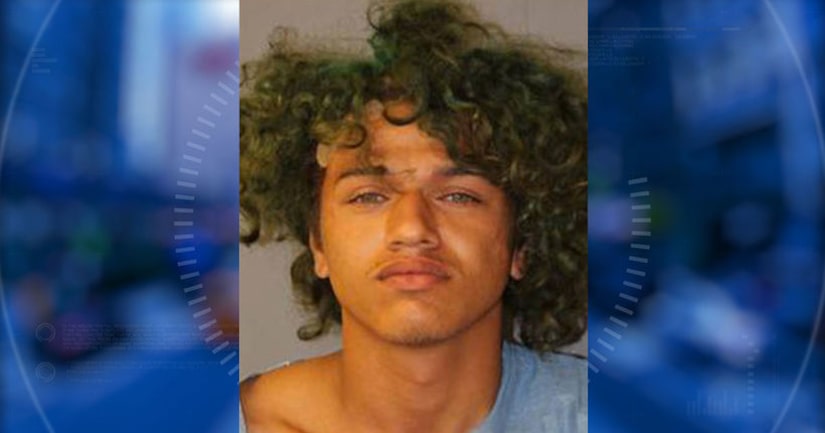 HONOLULU -- (KFVE/HawaiiNewsNow) -- Two people arrested hours after a gruesome murder at a North Shore vacation rental have been charged with second-degree murder.

In addition to the murder charge, 23-year-old Stephen Brown and 20-year-old Hailey Dandurand are charged with burglary and kidnapping.

Brown is also charged with a probation violation, and Dandurand is charged with unauthorized possession of confidential personal information for allegedly using a stolen credit card.

The two were arrested Thursday night in Mililani for the brutal murder of 51-year-old Telma Boinville at a home she was cleaning.

Sources said the Boinville suffered blunt force trauma to the head, and that her body was found in a pool of blood. The victim was at the home with her 8-year-old daughter, who was found tied up but was otherwise uninjured.

The roommate, who wanted to identify himself only as Ray, said Dandurand was one of 10 tenants renting out rooms in a Honolulu home. She moved in around August and that's when he met Brown, who went by "Axel Hendrix."

"He was always weird," Ray said. "The first encounter we had with him, he got a dog, which we're not supposed to have in the house, and actually spray painted the dog and let it loose in the house."

"He would write his name inside of people's rooms," he said. "It would be small and subtle and we wouldn't realize it until we were starting to clean some of these places out."

Ray added, "It feels weird to say it, but you could see him doing something like that (murder)."

Brown and Dandurand were arrested Thursday night in Mililani, where the victim's vehicle was also found.

Around 8 a.m. Friday, the two were both transferred to the Honolulu Police Department headquarters, where they laughed and smirked at news cameras as police hauled them into the cellblock.

Sources say the victim's credit card was found in one of the suspect's pockets, and that dried blood was found on their clothing and hands.

Police were called to the Pupukea home where the murder happened about 3 p.m., after visitors from Australia arrived and found the victim.

Brown has a criminal record of disorderly conduct and pretty misdemeanor theft.

According to the Bend Police Department in Oregon, Dandurand was a frequent runaway in her youth. She was known to have a "medical history," but officials could not provide further details.