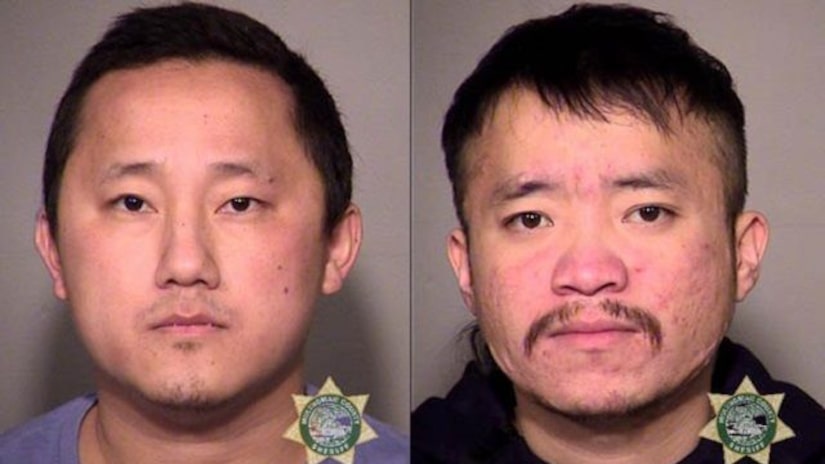 Fong Lee and Ying Moua are both charged with money laundering. Lee is also charged with encouraging child sexual abuse.

Officials assigned to a drug-enforcement unit called the High Intensity Drug Trafficking Area program (HIDTA) and Homeland Security Investigations were at the Portland Amtrak station and were randomly and consensually approaching people to see if they would allow a drug detection dog to sniff their luggage, according to court documents.

Moua allowed investigators to open his luggage and when they did, they found an estimated $35,000 in cash vacuum-sealed inside his bag, according to court documents. The K-9 unit also detected the presence of narcotics.

Moua told investigators that he got the money by selling marijuana, according to court documents. He said he planned to travel to California to buy marijuana with the money he was traveling with and then travel back to Minnesota. Investigators learned that Moua's cousin, Lee, was carrying an additional $35,000 in his luggage.

Some of the images that Lee had viewed included photos or videos of children as young as 5, according to court documents.

He also told police that he had engaged in a sexual relationship with a minor that is known to him. The minor was 12 and he was 21 years old, according to court documents. The abuse reportedly occurred in California.