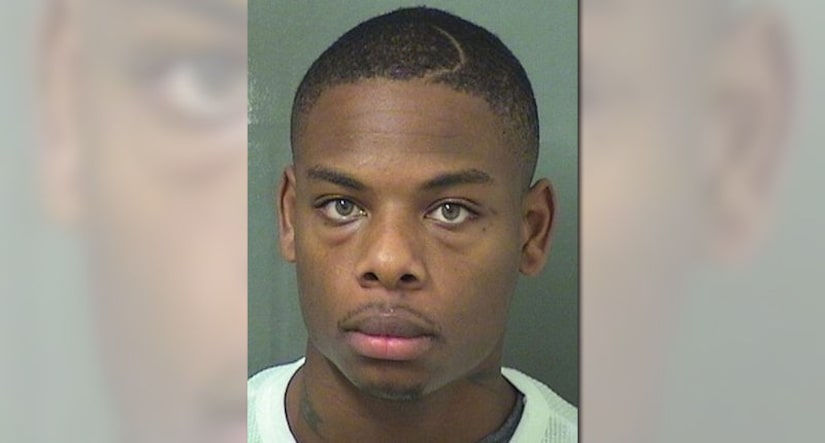 Police arrested Michael Maurice Williams, 25, of Delray Beach, for breaking into the family's home, harming the boy and holding the woman against her will.

The 20-year-old woman, who's name is redacted from the police report, told officers she didn't know Williams, but he began following her on Instagram a few years ago when she started her career in music.

Police said Williams became obsessed with her and continually came into her yard and stares at her through her window, she told officers in the report.

She said on Nov. 28 she saw a man she thought was Williams staring at her through her bedroom window. She then screamed and ran into the living room.

She looked through her living room window with her two siblings and when they thought the person had left, she went back into her bedroom.

Police said Williams approached her from behind, sneaking in through her bedroom window and hiding behind the door, placed his hand over her mouth and pushed her onto her bed, the arrest report states.

He's accused of trying to unsuccessfully pull down her shorts when the woman's 10-year-old brother walked in with a knife trying to defend her, according to the report.

Williams pushed the boy, a third-grade student, away but the woman and the boy were able to push Williams out of the house together.

She told police she never had a relationship with Williams, but has often seen him looking into windows at her house and coming into her yard. She never reported those incidents to police, however.