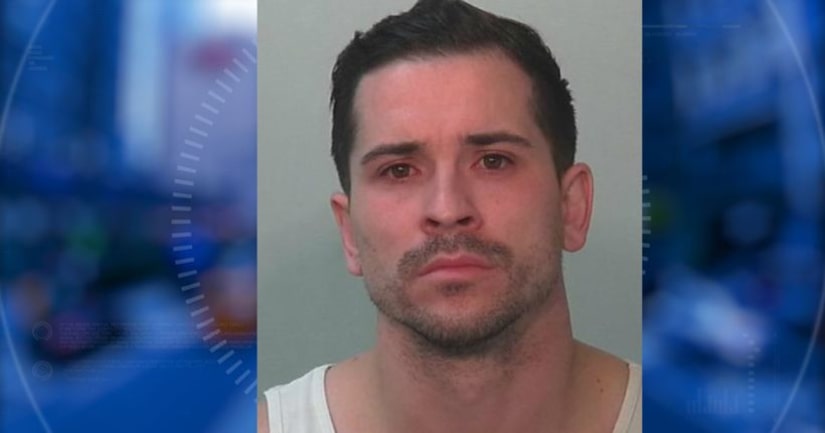 Mitchell Vanryn, 27, of 6902 Palmetta Court, was charged Tuesday in Allen Superior Court with Murder related to the Nov. 29 beating death 2-year-old Malakai Garrett. Vanryn also faces additional charges of Aggravated Battery of a Child and Domestic Battery Resulting in the Death of a Child.

It was around 5:45 p.m. that Wednesday that police took a call from the Palmetta Court home, in the Crestwood Colony neighborhood off North Clinton Street on Fort Wayne's north side. A short time later, young Malakai was dropped off at nearby Fire Station 13, along North Clinton Street.

From there he was taken to a hospital in critical condition where he died a short time later.

An autopsy determined that the toddler had extensive and severe bruising in numerous locations including his chest, abdomen, back, face and head. He also had severe injuries to internal organs including the liver, stomach, small intestine as well as a lacerated pancreas.

The doctor who performed the autopsy said that in his expert opinion, the injuries “were consistent with that of multiple blows and strikes from a closed fist punch,” according to a probable cause affidavit filed last week.

Amber Garrett, Malakai's mother who is in a relationship with Vanryn, told police that Vanryn was the sole child care provider for him while she was at work Monday through Friday from 8 a.m. to approximately 4:30 p.m. According to the affidavit, on the day Malakai died, he was still asleep when she left for work at around 7:30 a.m.

She said the little boy had not been feeling well he night before and had bruises on his face from falling, the affidavit said. She also said he had been suffering from diarrhea, complained of pain to his head and not been eating, the affidavit detailed.

Vanryn told police that he had put Malakai down for a nap at around 1 p.m. and when the boy's sister arrived home from school just after 4, he was still not awake, the affidavit said. Vanryn told the girl to go outside and jump on a trampoline and when he went to wake the boy up, he found him unresponsive, according to the affidavit.

Vanryn told police he then slapped the boy in the face and put cold water on him.

According to the affidavit, police viewed surveillance video from a neighbor that showed Vanryn running out of the home at 4:43 p.m. with Malakai, who appeared to be limp, in his arms. He then ran back into the home less than a minute later.

The doctor who attended to Malakai at the hospital told investigators the boy's body had bruises to the groin, torso, on his cheeks and the back of his head. The physician said the bruises appeared to be 2-3 days old.