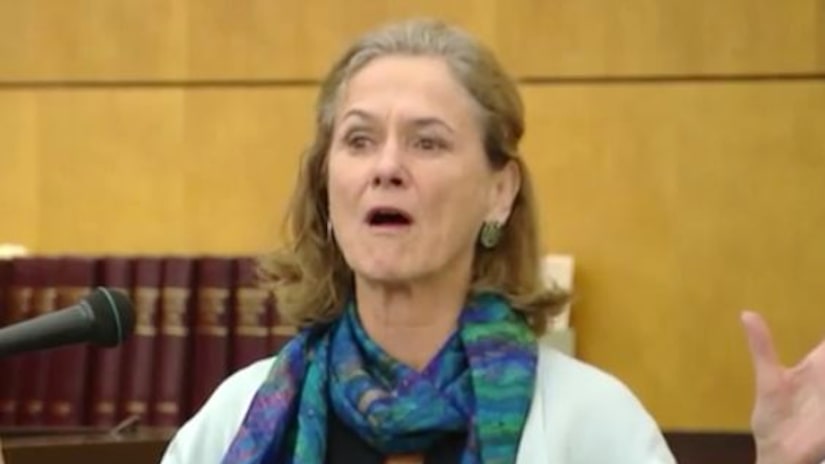 SAN DIEGO -- (KSWB) -- The wife of former San Diego Mayor Roger Hedgecock deserves to be compensated for injuries sustained when she tripped on a dangerous sidewalk in Pacific Beach, causing one of her breast implants to rupture, her attorney said Tuesday, but an attorney for the city questioned the plaintiff's claim on several grounds, including whether she fell at all.

Cynthia Hedgecock sued the city last year, claiming that the fall on July 31, 2015, caused her implant to leak beyond a normal enclosure of scar tissue and requiring her to undergo removal and replacement surgery.

In his opening statement, Hedgecock's attorney Brett Schreiber told jurors that the city has refused to take responsibility, even though it admits the sidewalk was dangerous and it knew about it. Hedgecock incurred nearly $20,000 in medical bills and endured pain and suffering and needs to be compensated for it, her attorney said.