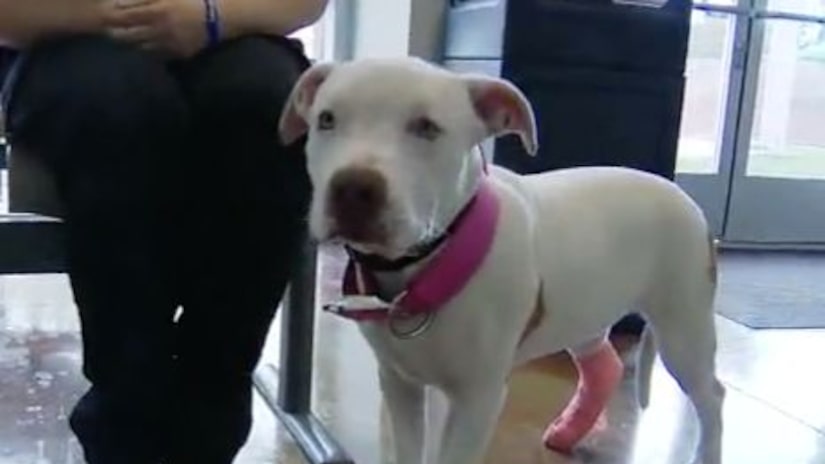 SAN DIEGO, Calif. -- (KRON) -- A California woman had given up hope she would find her 9-month-old puppy until she spotted the animal in a newscast of a high-speed chase.

Hurtado says she then watched a local television news anchor detail a pursuit in Valley Center, where a dog was shot when deputies fired at a man accused of trying to run them over in a stolen van.

The dog was a white pit bull with a distinctive brown spot similar to Catalina.