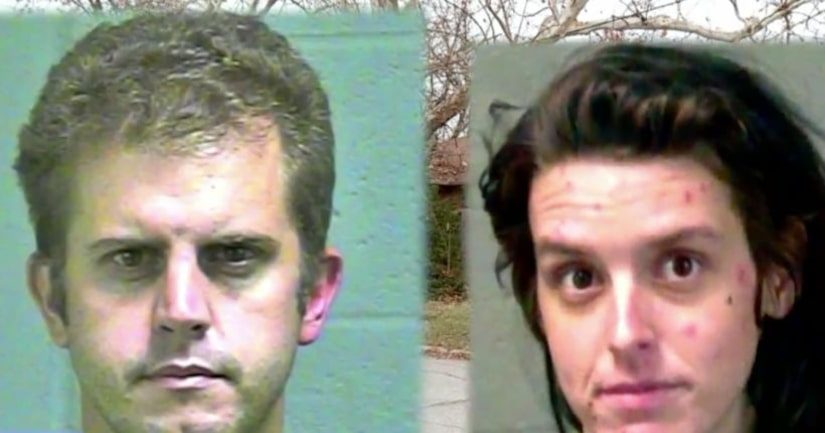 BETHANY, Okla. -- (KFOR) -- A woman is in jail after police said she set fire to her home to get revenge on her husband.

In the middle of the afternoon, a neighbor noticed Skylar Prock's fire alarm was going off and smoke was coming from the home and called police.

Firefighters arrived at the house on the 6800 block of 50th Street just in time.

“If we didn't receive that 911 call, the fire was spreading to the carpet and it was getting out of hand pretty quick,” said Bethany Police Lt. Angelo Orefice.

When they got inside, they found a box full of bibles, religious books and documents had been set on fire.

The man who lived there, Paul Nowlin, was in jail on drug charges.

His wife, Prock, fled the home.

"Parked in the backyard, which was weird," the neighbor told dispatch on the 911 call, "and, when I came home just 15 minutes ago, they've never done that before but she left in a hurry."

Phillip Lighthill, the homeowner, said the couple had been evicted for failing to pay rent.

"They did real good paying the rent and, then all of a sudden, it just got further and further behind," Lighthill said.

He came to check on Prock just before she finished packing and moving out.

"Must have started the fire right after I left, because I wasn't 20 minutes away when the lady who lives behind called and said the house is on fire," Lighthill said.

When police found her, she was already in jail, arrested shortly after the fire on drug charges.

Prock admitted to setting the fire.

"She told us that she was getting back at her husband," Orefice said, "that he had not paid the rent, and they were getting evicted and that he had gotten arrested for drug charges."

FULL STORY: Bethany woman sets fire to home to 'get back' at husband - KFOR