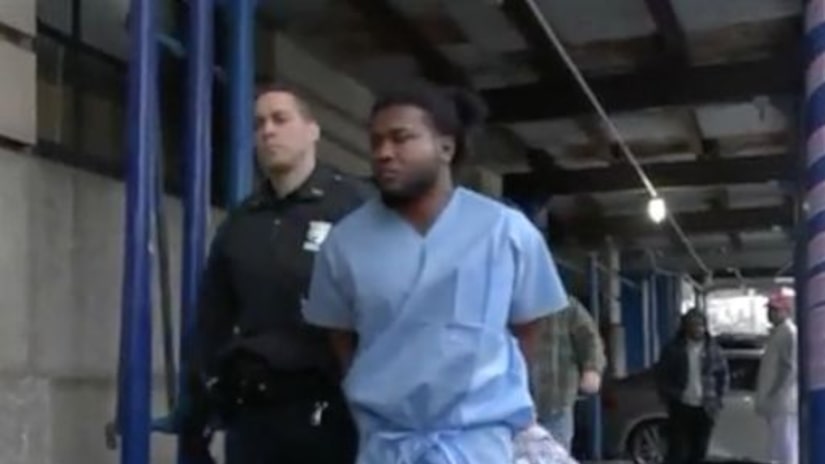 QUEENS, N.Y. -- (WPIX) -- A man accused of going on a deadly stabbing and hit-and-run rampage over a parking spot in Queens was arrested after being spotted at a hospital by one of his victims, police sources said Monday.

Adrian Harry, 22, faces charges of murder, two counts of assault, six counts of reckless endangerment and four counts of criminal possession of a weapon, according to police.

He is accused stabbing two people in the torso then getting in his vehicle, and using it to slam into a group of people who had gathered during the dispute, which allegedly occured over a parking spot outside XS Hookah Lounge at 127th and Liberty Avenue around 4:30 a.m. Sunday.