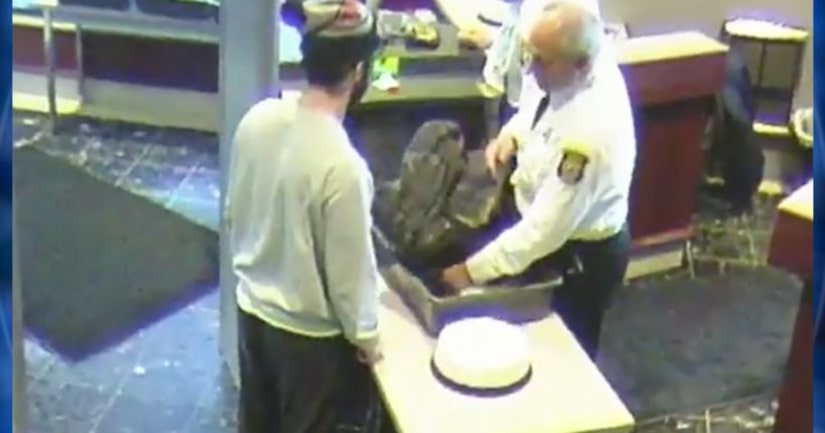 ROYAL OAK, Mich. -- (WSOC) -- A Michigan man is suing court officers who were caught on video choking him after he was turned away for trying to pay a parking ticket with pennies, his attorney said.

Anthony Sevy went to the 44th District Court in Royal Oak in February to pay a $10 parking ticket, attorney Jonathan Marko told Fox 2 in Detroit. When he was told that a $1.75 surcharge would be charged to his credit card, he became upset and left.

Sevy returned to the courthouse with rolls of pennies to pay the $10 fine, and that's when the trouble began, Marko said.

“He wasn't happy about (the surcharge) so, in symbolic protest, he brought back penny rolls to pay for his ticket,” Marko told the news station. “The clerk wasn't too happy about that, (and) they refused to allow him to pay with penny rolls.”

“As he was leaving the courthouse with his back to the officer, the court officer began to choke him out, grabbing him, brought him to the ground,” Marko said. “Mr. Sevy passed out and defecated (on) himself.”