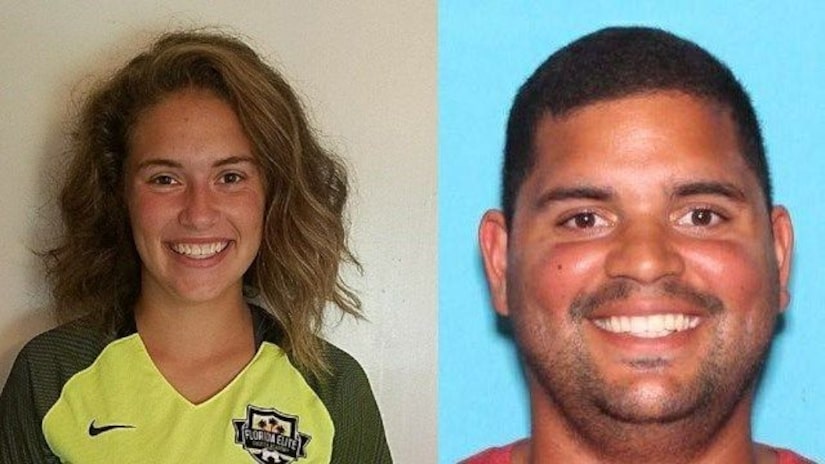 LAKE CITY, Fla. -- (WJXT) -- A friend of Caitlyn Frisina said the 17-year-old was in a relationship with her high school's 27-year-old soccer coach who she took off with a week ago, but she did not want to leave the country with him and didn't know what to do, according to court documents.

Caitlyn and Rian Rodriguez, 27, were the center of a nationwide search that ended after 4 p.m. Friday when they were pulled over by a New York State Police officer who spotted the red Mercury Sable the pair had driven from Columbia County, Florida.

Caitlyn was reunited with her parents Saturday in Syracuse. The family is expected to return to Florida sometime Sunday.

Frisina said Friday before her daughter was found that Rodriguez was the only person who didn't answer when she and her husband were calling around trying to find Caitlyn Sunday morning.

The records detail a conversation Caitlyn had with the friend. According to the friend, Caitlyn said the two were planning to leave and she (Caitlyn) didn't know how to get out of going. Caitlyn told her friend that if she did get out of going, Rodriguez said he would “mess up her life,” according to Rodriguez's arrest report.

Caitlyn told her friend that she was "scared and didn't know what to do," police said.

Arrest records show that a school resource officer in Lake City handled a rumor that Caitlyn and Rodriguez were in a relationship in August, just after the school year started. The officer concluded that the rumor was a false accusation.

News4Jax crime and safety analyst Gil Smith spent six years working as a school resource officer said the student who made the claim, but later said her story wasn't true may have felt pressure to change their mind.

"Once they know they're going to be interviewed and talked to by several different people, they may have gotten the cold shoulder," Smith said.

Caitlyn's father, Ward Frisina, told police that after checking his daughter's bank account, he saw that she withdrew $200 from an ATM in St. Marys, Georgia.

Ward Frisina found her cellphone in her bedroom and a factory reset had been performed on it. According to documents, he told police he was able to pull some old Snapchat messages that confirmed her relationship with Rodriquez.

In the messages, Caitlyn makes explicit remarks about Rodriguez's genitals.

Ward Frisina told police he made several attempts to contact Rodriguez, including leaving messages on his voicemail. 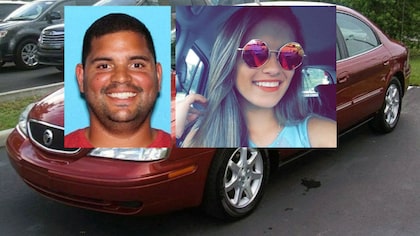 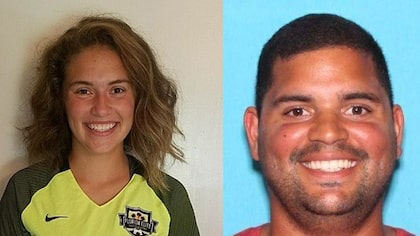 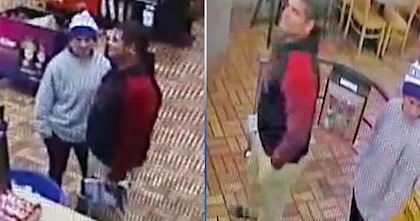