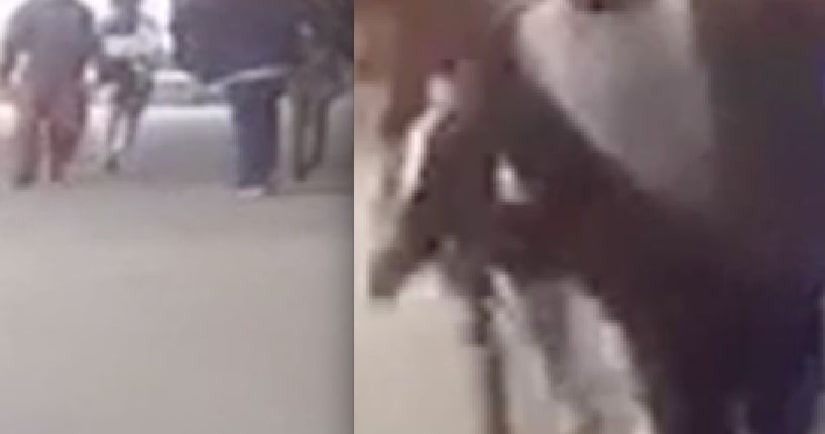 Oscar Green, 47, was found dead around 1:50 a.m. on Nov. 20 outside a gas station in the 8200 block of Cook Road. Investigators said the victim was running from a nearby parking lot and down the road when he was shot. Police suspect Green was involved in a confrontation with two women just before the shooting.

In a Snapchat video, a group of people are seen confronting the victim as he tries to defend himself from shoving and punches. The charge is led by two women and one man while others watch from up close and at a distance. The group follows Green across a four-way intersection before a second clip shows the victim lying motionless in a pool of blood.