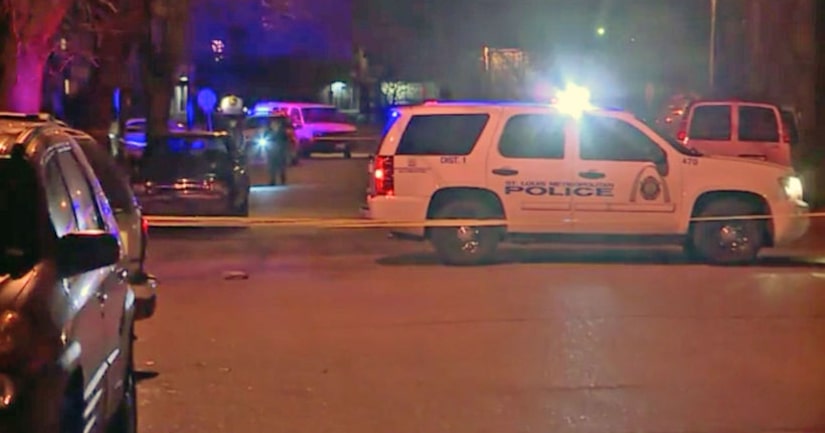 Police say they were called to the 4600 block of Spring at around 11:30pm for a report of a shooting. The victim, a 41-year-old caucasian man, tells police that he was delivering food when two men attempted to rob him.

One of the suspects struck the man in the head with a firearm. The same suspect started to fire shots at him when he ran back to his vehicle. The delivery driver returned fire with his own handgun and was not hit during the gunfight. The second robber left the scene on foot.

The pizza delivery driver was able to return to work after the attempted robbery. That is where he called police. He is suffering from a cut to his head.

The St. Louis Post-Dispatch reports that the suspect's body was found near Spring and Taft avenues. The pizza delivery driver turned his gun over to police so they can further investigate the incident.

The only description police give of the robbers is that they are African American males.