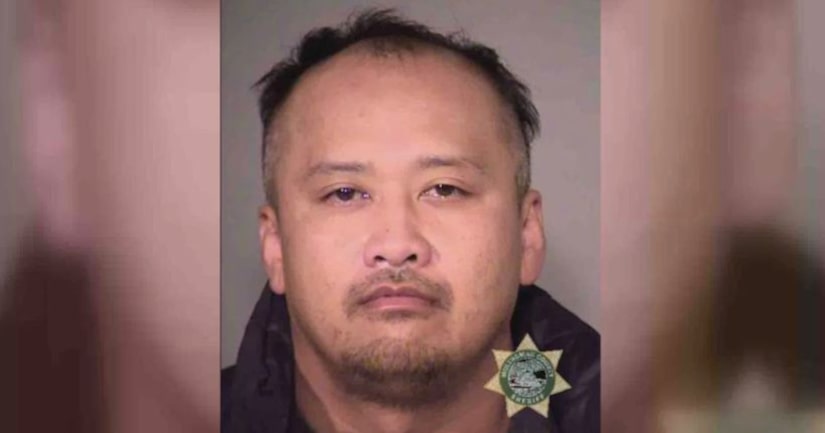 PORTLAND, Ore. -- (KRON) -- A judge on Thursday sentenced a 41-year-old man to 20 years in prison in connection with an extremely violent kidnapping for ransom case.

Homicide detectives – who are also tasked with investigating kidnappings — arrested Phakoubon Rajsavong back in December 2016.

The kidnapping, physical and sexual assaults began after Rajsavong got upset after the victim lied to him over a potential drug transaction. The two, according to court records, had only met a few hours prior while at someone else's home.

“Defendant became very angry at her and berated her,” according to a memorandum filed by Multnomah County Senior Deputy District Attorney Amity Girt. “While pulled over near a park, [Rajsavong] put a pre-made noose around [the victim's] neck and pulled it tight while forcing her head into his crotch resulting in forced oral sex.”

The victim told detectives the noose was so tight that she felt light-headed and vomited until Rajsavong loosened the rope.

Rajsavong tied the woman's ankles to the vehicle's gear shifter and told her that she was “not going anywhere because she'd lied to him,” according to the prosecutor's memo.

“[Rajsavong] took a picture of [the woman] with the noose around her neck while crying,” according to the memo.

Investigators learned that Rajsavong drove the woman to a motel on Southeast 82nd Avenue where he “smacked her around and continued verbally berating her.”

Rajsavong forced the woman to hand over her personal belongings including her purse, socks, shoes, backpack a ring that her children had given her, a phone and other items.

There were two other people inside the motel room. They were later indicted in connection with the kidnapping and have since resolved their criminal cases through plea agreements. Once they left, Rajsavong continued to physically and sexually assault the woman.

“How much money can you come up with, she cant leave until I get my money”

The woman's boyfriend went to get money and met up with the two other people who were in the motel room. Detectives were able to locate video of the transaction. The video showed Rajsavong “lurking” in the background watching the woman's boyfriend hand over the cash.