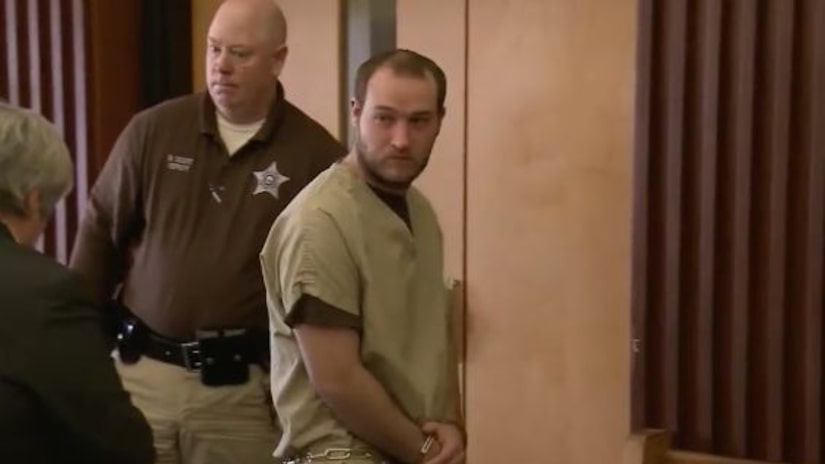 DOVER, N.H. -- (KTLA) -- Moments after being sentenced for sexually assault a 4-year-old girl, a convicted sex offender was captured on video being attacked by another prisoner in the back of a Dover, New Hampshire, courtroom on Thursday.

Christopher Elwell, 29, had just received a prison sentence 7 1/2 to 15 years and went to sit down in the back of the court when he was head-butted multiple times by Josiah Davies, according to television station WMUR in Manchester, New Hampshire. Davies, who was in shackles at the time, was awaiting a hearing on a probation violation.

The two men were unknown to each other, but a Strafford County Attorney's Office official told the station Davies may have been set off by Elwell's case.

Elwell sexually assaulted a 4-year-old girl this past June in Dover, when the victim came over to the home where the defendant was staying, according to WMUR.