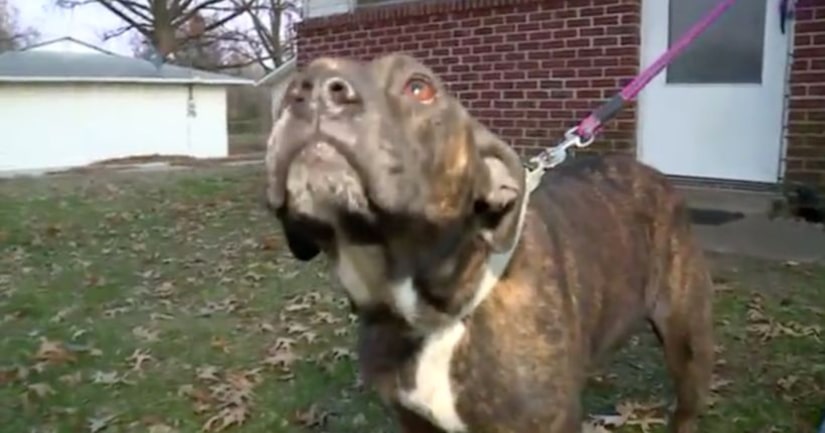 ARNOLD, Mo. -- (KTVI) -- Police are searching for a man they said invaded a woman's home Tuesday and pushed her to the ground.The victim, who asked to remain anonymous for safety concerns, credits her dog for saving her life.

"You don't think somebody is going to do this to you," the victim said.

The break-in happened around 11:15 a.m. on Kathryn Drive.

The victim said the man pushed his way through her front door after he tricked her. She said he pretended he ran out of gas and had a broken down vehicle. When she couldn't hear him well, she opened the door.

"I was polite and I told him I said, 'No sir, I am sorry,' and he reached his hand in and around and punched me in my face," she said.

The victim said she wished she would have never opened the door.

"I think he realized that nobody was coming up behind me asking, you know, who is here and that is when he attacked me," she said.

During the attack, the victim said her rescue dog came to her rescue. She said the dog stormed at the suspect and spooked him.

"I thank God she was here, because I don't know what would have happened," she said. "She saved my life. She is the hero; she deserves everything."