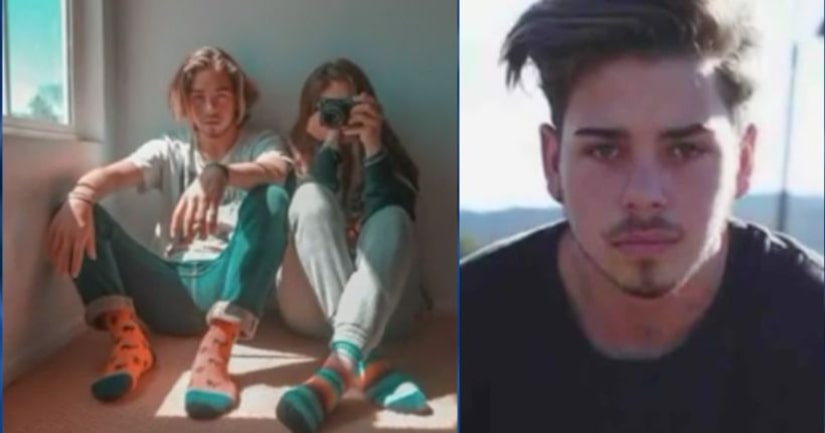 TEMECULA, Calif. -- (KTLA) -- The girlfriend of a 19-year-old man who was fatally stabbed during an altercation in a Temecula Walmart parking lot early Wednesday afternoon witnessed the deadly attack and held the teen in her arms as he drew his last breath, according to the victim's parents.

Kevin Rodriguez was fatally stabbed around 12:15 p.m., following some sort of “altercation” that began between two men outside the store in the 32200 block of Temecula Parkway.

The dispute escalated after moving into the store's parking lot, where the stabbing took place, according to the Riverside County Sheriff's Department.

Rodriguez's girlfriend of three years witnessed the attack and held him as he bled in her arms, according to the parents.

"He really loved his girlfriend," the victim's mother, Traci Rodriguez, told KTLA Wednesday night. "And I'm sorry, I'm really sorry for her to have to go through that -- holding him, the way she did. And I'm going to be there for her."

The young man was treated at the scene for the stab wound, but succumbed to the injury after being transported to a hospital.

Investigators have not yet provided a motive, but the victim's father described it as a possible case of road rage, based of the girlfriend's account of what occurred.

Rodriguez, a freelance videographer from Murrieta, was on his way to Walmart with his girlfriend to pick up groceries for his father's belated birthday dinner. But as they approached the shopping center, the couple noticed another driver who seemed anxious and agitated.

"They saw the guy first honking at a lady going through the crosswalk. She said there was a lot of traffic and this guy looked like he was getting really bad anxiety," said Atticus Rodriguez, the victim's father.

"He almost hit my son's car," he continued. "So my son raises his hands and is like, 'What's wrong? What's wrong with you?' Came here to the Walmart, they just figured they're going to walk into Walmart and buy groceries and that's when the altercation happened, the guy got out of his car, went after my son, got him by the throat, he told his girlfriend, 'You're next.' She's freaking out and she had no idea that he had a knife and stabbed him in the heart."

As the events transpired, the attacker was filming, the girlfriend told the parents.

After the stabbing, the woman ran back to the car and told her boyfriend to jump in, according to the father. But by then, Kevin Rodriguez had collapsed, so she exited the vehicle, rushed to his side and held him in her arms.