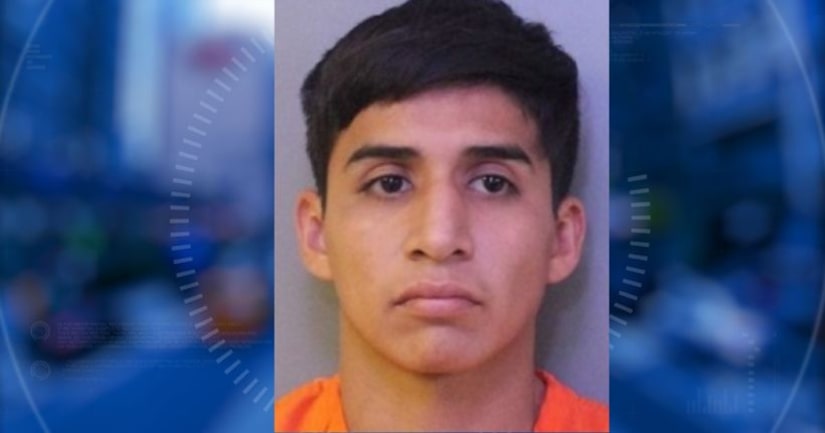 FLORIDA -- (KRON) -- A Florida man who is accused of setting his girlfriend's house on fire told detectives a “random black guy” was to blame.

According to an affidavit, Jose Bernando Rosas Madrigal, 19, of Auburndale was arrested Saturday after he set fire to a home that was occupied by his girlfriend, Alissa Scott and two family members.

Detectives learned Scott had sent his girlfriend several messages via Snapchat threatening to burn down the home. When questioned by detectives, Madrigal denied setting the house on fire, saying he was 25 minutes away in Auburndale at his mother's home. But surveillance video tells another story.

According to the affidavit, Madrigal's truck was captured on video arriving at the home shortly before the fire broke out. When Madrigal learned about the video, he told detectives he drove past the house three times to check on Scott after they had an argument. The third time he drove by, he noticed a fire burning in the front yard, but didn't know what to do, and just left. He denied starting the fire and said he saw “a random black guy,” light the fire and flee the scene.

Detectives said Madrigal's cell phone records show he Googled “can you start charcoal with gasoline house on fire,” and other incriminating searches like “x outside the house to burn up house.”

When asked about the searches, Madrigal threw his brother under the bus and said he had done some googling to help his brother start the fire. He told detectives oil, gasoline, lighter fluid and a lighter were used to start the fire. Once it was ignited, he drove his brother away from the scene and dropped him off around the corner.

He said he was aware his girlfriend's family was inside the home when the fire broke out.