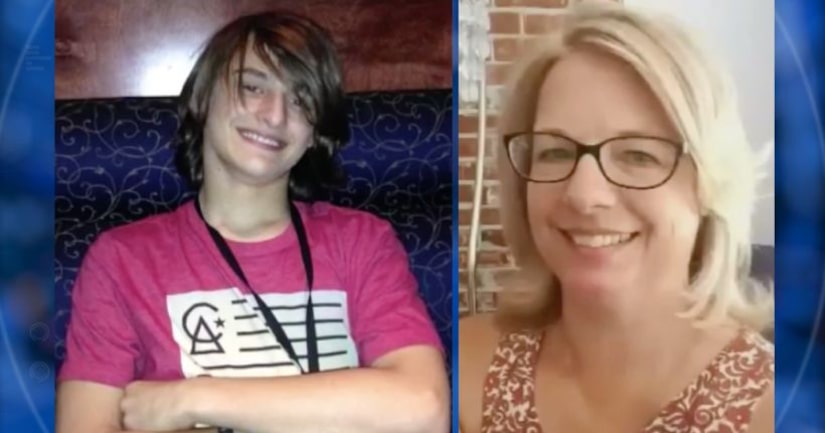 BUFFALO, N.Y. -- (WJXT) -- The 15-year-old boy accused of killing his grandmother at his Neptune Beach home will remain in a New York detention facility a few more days as a defense attorney mulls over whether or not to fight attempts to extradite him to Florida to face charges.

The body of 53-year-old Kristina French was wrapped in plastic and tape when it was found late last week buried in a shallow grave in the yard of a home where Logan Mott lived with his father, according to documents obtained by the I-TEAM.

Her body was discovered the same day the teenager was stopped driving the woman's car on a bridge to Canada, according to court records.

After a Wednesday morning arraignment hearing for Mott in Buffalo, New York, the arrest warrant was read in court, detailing that French was shot and stabbed multiple times by her grandson and that three guns and a bloody knife were found in her car, which Mott was driving when he was caught by authorities. The guns found, including the weapon used to kill French, were taken from the home of Mott's father, authorities said.

"Anytime you kill anyone, it's tragic. But ... allegedly to kill your grandmother, that takes it to another level," said District Attorney John Flynn of Erie County, New York.

"It doesn't prove anything," Saraceno said after the hearing. "There is no motive. No confession. There could be dozens of alternative theories on what happened."

Saraceno asked for a delay, and the extradition hearing was postponed to 9:30 a.m. Friday. He said he needs time to talk to his client to let him decide if he wants to go back.

"We are talking about a 15-year-old boy being charged with the most serious charge in the penal code," Saraceno said. "We have to do our due diligence and follow the proper procedures and make sure everything has been properly done."

New York prosecutors said fighting extradition would merely be a delay tactic because Mott will eventually be returned to Florida, regardless. But if the defense fights extradition, the governors from both states have to get involved, and that could take up to 60 days.